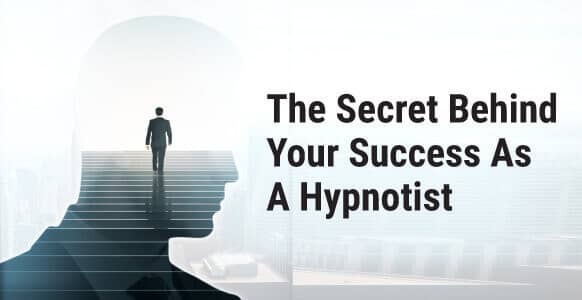 Or perhaps a better question would be… what kind of hypnotist do you think you are?

Why is that a better question?

In other words, if you think you’re not going to be a good hypnotist, guess what? You won’t be.

If you think you’re not going to be able to put your hypnosis clients into a trance… you’ll be right again.

And if you doubt your ability to create the right conditions for hypnosis to occur, you won’t do that either.

Make no mistake: whatever you think becomes your reality.

And that applies to everything you try to achieve in life, including your success or failure as a hypnotist.

You need the confidence to know you’re going to succeed.

And that confidence comes from being able to trust yourself completely.

American business magnate Warren Buffet has compared trust to the air you breathe.

According to Buffet, when it’s there you don’t even notice it. But when it’s gone, everybody notices.

In his Inc.com article, A Practical Guide to Achieving Any Goal and Living Beyond Fear, organizational psychologist and savvy entrepreneur Benjamin Hardy says there are two aspects involved in trust: 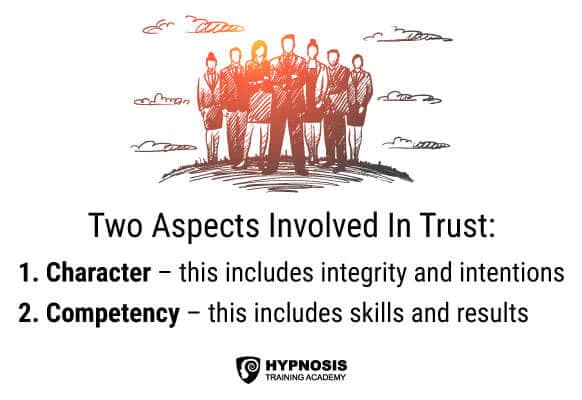 Unless you have both these attributes, then your trust levels will be low.

Makes sense, because you can’t be confident in what you’re doing if you aren’t competent.

For example, if you don’t have the skills or knowledge to provide a worthwhile hypnosis session, then you won’t be able to trust yourself to do that. You won’t feel confident in your ability to pull it off.

Where character is concerned, you need integrity to be able to see your goals through to completion.

If you aren’t able to do that, you won’t achieve the results you’re after, and that in turn will give your confidence a serious dent.

You’ll start to doubt yourself. And part of the reason why people doubt themselves when practicing hypnosis is due to a lack of personal trust.

Do you always do what you say you’re going to do? Many people don’t, and that demonstrates a lack of personal trust.

Are you living the kind of life you always told yourself you would? Again, many people aren’t.

These kinds of actions can chip away at your self-worth. You’re basically lying to yourself, which also helps to erode your confidence and self-belief.

Hardy’s article also quotes Mahatma Gandhi, who said: “To believe in something, and not to live it, is dishonest.”

But how do you turn it around? What can you do to live a more honest life and get back your personal trust?

The simplest way to get started is to live up to your own expectations. Whatever your intentions are, make sure you follow them through.

… If you tell yourself you’re only going to eat foods that are nutritious and healthy, then make sure you do.

… If you tell yourself you’re going to do a minimum of 15 minutes of exercise every day, schedule the time and stick with this worthwhile goal.

… If you say you’re going to practice your new hypnosis skills on as many people as possible during a given amount of time (such as a week or month), then do what you need to so it becomes a reality.

Taking action on the things you tell yourself you’re going to do will reward you with small wins. And every time you “win” you’ll feel better about yourself and the fact that you’ve accomplished a goal.

There’s another added benefit, too. The more times you follow through and achieve your goals, the more practice you’ll gain, the more competence you’ll feel, and the more confident you’ll become.

Why Goals Are Essential For Hypnosis Success 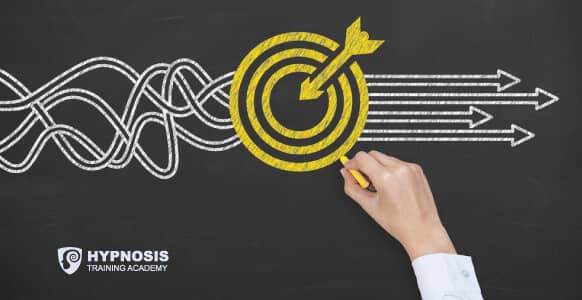 Most people know what they should do, but they don’t always do it.

What about you? Rather than going after the goals you really want, you might settle for whatever you get. The easier option.

But when that happens, you’re not being true to yourself, which also means that you’re not presenting your true self to the rest of the world.

It’s easy enough to do, and sometimes you actually do it for what seems like the right reasons.

For instance, perhaps your goal is to learn as much about conversational hypnosis as possible. You don’t just want to be knowledgeable – you want to be the go-to expert on the topic. The 21st century’s answer to Milton Erickson.

At the same time, you don’t want to simply bury your head in the books and lose touch with your friends and family. Connection is important, after all.

In this situation, the problem creeps in when you find yourself doing other things like socializing with your nearest and dearest, when you’re meant to be studying.

One goal (being sociable and human connection) is getting in the way of another goal (the desire to study and learn). And when one goal interferes with another goal, it can lead to a whole host of issues, such as:

Not being present and fully enjoying the time you’re spending on one goal, because you feel guilty about not doing the other one

Needless to say, the longer this goes on, the more likely it is that you’ll become dissatisfied. You might even give up on your goals since it seems they’re so difficult to achieve.

So what’s the answer? You need to redefine your goals and decide which ones are actually worth pursuing. And the only ones that are worth pursuing are the ones that point towards your greater purpose or end goal.

But just exactly how do you identify these goals?

How To Set Meaningful Goals & Find Effective Ways To Achieve Them 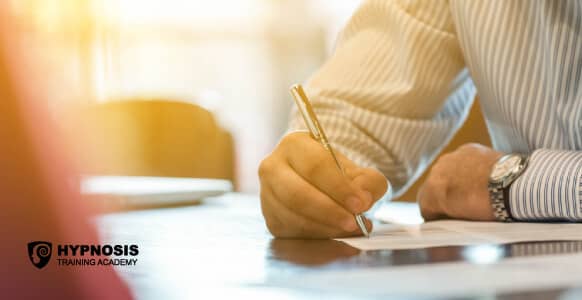 When your goal is to get something, you’re more positive, willing to take risks and trying to move your life forward.

When your goal is to avoid something, you’re more negative, on the defensive and simply trying to maintain the status quo.

If you want to get something, you’re more likely to take action.

For example, if you feel inspired to offer a free taster session for people who want to kick bad habits, such as smoking, then you’d have to advertise this session. And once the people started turning up, you’d have to demonstrate your skills as a hypnotist.

This could be scary. There’s an element of risk involved. But it’s a positive step forward.

If you want to avoid something, however, you’re more likely to sit back and wait. So if you were worried about demonstrating your hypnosis skills in front of a crowd, you wouldn’t go ahead with the taster session idea, even though deep down you knew it was a great way to boost your client list and get some much needed practice in.

That’s even scarier, because although there’s no risk involved, it’s definitely not a step forward, and could even set you back in your hypnosis career.

Once again, your hypnosis success comes down to the question of trust. It’s impossible for you to overcome challenges and reach your goals if you don’t trust yourself and other people. 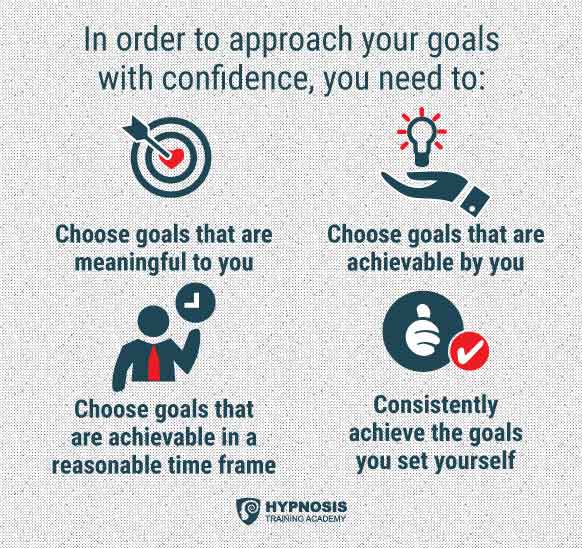 Consistently achieve the goals you set yourself

The last point in the above diagram is particularly important.

The more times you achieve the goals you set yourself, the more confident you’ll be about being able to achieve them.

Some of that depends on the types of goals you set. If they’re meaningful, then you’ll want to achieve them.

If they’re goals you have the skills and competence to reach, then you’ll probably be able to achieve them.

And if they’re goals you can achieve within a reasonable amount of time, then you’ve got every chance of being able to do that.

For instance, imagine you’ve just completed an advanced course in hypnosis. What kind of goals might you set for yourself?

Instead, you might have discovered a new way to treat phobias. Or learned how to use covert hypnosis to put someone into a hypnotic state during a regular conversation. So your goals could focus on putting these new skills to use.

It wouldn’t be unreasonable, then, to incorporate these new skills into one of your next hypnosis sessions. In doing so, you can build up your confidence as a hypnotist, and as someone who sticks with their goals.

In a nutshell, never underestimate the power of just “showing up;” of sticking to what you said you’d do and doing it. This never fails to build trust in yourself, which in turn builds confidence.

Which is empowering, right?

To know that when it comes to building self-confidence, the ball is in your court. It’s not the result of being charismatic or putting on some show that feels fake to you. It’s the result of just honing your skills and putting yourself out there when you said you would.

In doing so, your hypnosis success will follow. Just you wait and see.