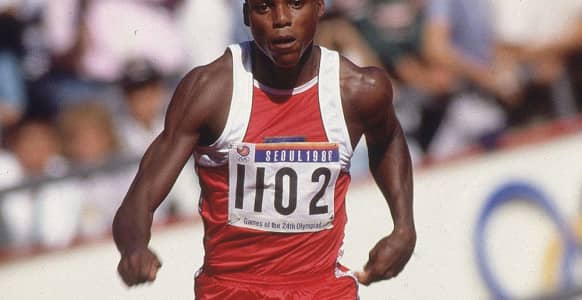 Conventional Wisdom mostly leads you straight into the jaws of failure.

I see it time and time again.

In ALL areas of life.

Self acceptance of Conventional Wisdom has frog-marched more people into misery, poverty and ill-health than any other factor.

OK, as example, let’s look at the concept of time in relation to success.

We all know the more time we put into something the faster our progress and the better our results, right?

But is it really TRUE?

Put it this way:

Look at Olympic athletes (examples of the purest form of physical fitness).

Then ask yourself: How do they train?

Carl Lewis is considered by many to be one of the greatest Olympians of all time.

Which was all the result of some serious training, right?

See Lewis didn’t train most hours of the day (as most people would expect).

In fact, when Lewis was in his prime he only trained around 1 (ONE) hour per day.

The rest of the time?

He was chillaxing. Sleeping. Eating. And generally giving his muscles “down time” so they could “rebuild” and recuperate.

So, contrary to Conventional Wisdom, Lewis — (and this goes for just about every Olympic athlete in every category) — rose to the top by the “less is more” approach.

Now, that’s not to say the athletes don’t work hard.

When Lewis trained in that 1 hour block of time – he went all out. High intensity training interspersed with mini-rest periods.

Anyway, here’s my point (and how it  all relates to YOU):

You DON’T need to take weeks off, or have a few days free or even hours and hours of “you time” to master any topic.

That holds true for mastering hypnosis, too.

To most effectively and expediently master hypnosis go “all out” for just ONE hour.

And then STOP and do something else.

Then on the next day go “all out” for just ONE hour.

Then STOP and do something else.

Go “all out” for just ONE hour.

Then STOP and do something else.

That one hour “all out” approach (done consistently) every day will propel you forward in your hypnosis mastery far, far more than sporadic and intermittent (distracted) learning over many hours — done as and when you find you have some spare time on your hands.

So, for your hypnosis mastery, here’s a mantra for you to remember (and internalize):

“ONE HOUR A DAY BRINGS MASTERY MY WAY”

Now, it doesn’t even have to be an hour.

Whatever block of time (preferably not more than 2 hours) that you can CONSISTENTLY devote to your mastery of hypnosis.

Set an appointment with yourself. Even if it’s just 20 minutes a day. And stick to your appointment, every day.

Then every day (at your designated time slot) watch a segment of a hypnosis training video, read some pages of a hypnosis book, listen to audio. Better still, practice your hypnosis skills with other people.

Just do it every day, for brief periods (without distraction), and you really will be amazed at how much better you get at hypnosis.

Yes, you will, I promise you.

Hey, it’s not conventional, but  it is CERTAIN.