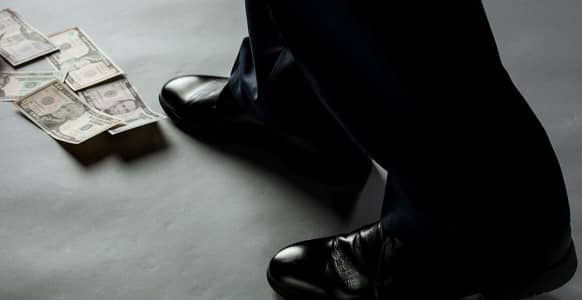 Today I’d like to talk about three rather “expensive” hypnosis mistakes  hypnotists tend to make.

But first I want to share with you an example of a big expensive mistake that made big news.

Eldrick Tont “Tiger” Woods has two distinctions he can never play down.

The first is that he is arguably the best golfer who ever picked up a club.

He was virtually unstoppable for the first five years of his golf career.

In 2000, Woods won six consecutive tournaments. Which became the longest winning streak since 1948.

During one of these wins (the 2000 U.S. Open), he broke or tied nine tournament records.

Sports Illustrated referred to his play as…

“The greatest performance in golf history.”

At age 24, he became the youngest golfer to achieve the “Career Grand Slam”.

At the end of 2000, Woods had broken the record for the lowest scoring average in PGA tour history.

In so doing, he became the first player to hold all four major pro golf titles… at the same time.

And then, just when everyone thought Tiger could do no wrong, the house of cards came crashing down.

At the end of 2009, the world discovered that Tiger had engaged in multiple illicit sexual affairs, had committed adultery and was a sex addict.

This mistake cost Tiger a divorce settlement of $110 million in 2010.

Not to mention multi-millions in lost endorsements.

As a hypnotist, you probably will not make a mistake worth millions.

However, here are three all-too-common mistakes hypnotists tend to make…

Pretend you’re at a party with friends. Everyone’s having a good time and you decide to have some fun and show them you’re hypnotic skills.

Among the people in the crowd is one fellow who is obviously not convinced hypnosis works.

What do you do?

You decide to prove this guy wrong.

And you know what happens in the process?

He resits and fights you every step of the way and does not comply with the hypnotic suggestions you give him.

How do you avoid this mistake?

Pick someone who is eager to be hypnotized. Ignore those who have a “chip on their shoulder” or want to prove you wrong.

Mistake #2: Not Getting In The Right Mindset

Igor teaches the importance of “going first” before hypnotizing anyone.

He also teaches the “H+” concept.

Both work together to put you in the right place mentally and emotionally so hypnosis becomes a natural event.

Going first involves you actually allowing yourself to feel the feelings and think the thoughts necessary for hypnosis to take place.

If you want someone to feel relaxed…then you have to relax yourself.

H+ is the idea that you are using hypnosis with a POSITIVE INTENTION.

You are not there to manipulate or take advantage of a hypnotic subject.

Instead, you want what’s best for them through hypnosis.

The moral: Get yourself in the right mindset first and hypnosis will be so much easier.

This often happens to newbies who don’t have enough experience.

All that trying accomplishes nothing except them getting the opposite effect they want.

Instead of stressing out about putting someone under trance, take the effort out of it.

Present the session as a fun experiment.

Where you have no expectation of results either way.

If it doesn’t, no problem.

The more you keep it fun the easier it will be to get the results you’re after.

This is also good advice for experienced hypnotists having trouble with a subject.

It’s often better to take the pressure off when a session is not going your way.

Take the expectation of results out of the equation and you’ll be pleasantly surprised.