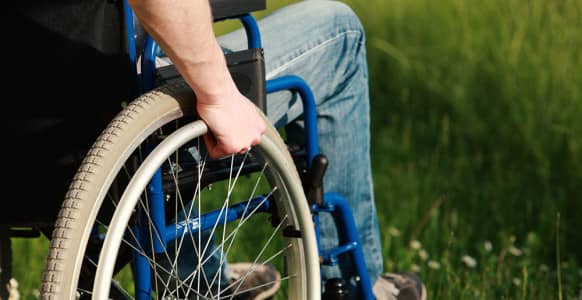 What would you expect of a boy born with fine and gross motor-skill deficits?

… a boy who doctors predicted would never walk normally or have full use of his hands?

If you are like most people, you would expect such a boy to never accomplish much.

You might even expect him to live at home, under the care of his parents, for all of his life.

But this boy became the most well-known pick-pocket of our time by defying the odds.

His stage name is Apollo Robbins.

And he has been performing in Las Vegas since 1998.

What does he do?

He works up close with his subjects (just like a hypnotist would), and he entertains them by loading things into – and taking things out of – their pockets.

More amazing still, he actually tells his subjects up front that he is going to be stealing things from them, but that he will give everything back.

So his subjects are watching him closely.

But it doesn’t matter.

Apollo still accomplishes the task and amazes the audience every time.

Obviously, picking pockets requires an incredible amount of physical dexterity – and a complete understanding of the art of redirection.

So how did a boy who came from inauspicious beginnings become the world’s most accomplished pick-pocket?

It was because of his disability.

You see Apollo had to work harder.

He had to try harder to master even basic physical movements.

That intense focus actually gave Apollo an advantage over other people.

And as he grew up, he developed an uncanny degree of dexterity.

He then directed that skill toward picking pockets to entertain people.

Great obstacles can often be turned to our greatest advantage.

How does this apply to hypnosis?

That may help you be more vulnerable with your subjects and create an instant bond with them.

Do you have little time for study or practice?

That may help you stay more focused than a person who has “all the time in the world.”

There are at least two ways to view almost everything.

Practice this in your own life and you’ll go far.

Hypnosis And Client Attraction Part 1: Be Equipped With These Professional Tools To Attract Clients