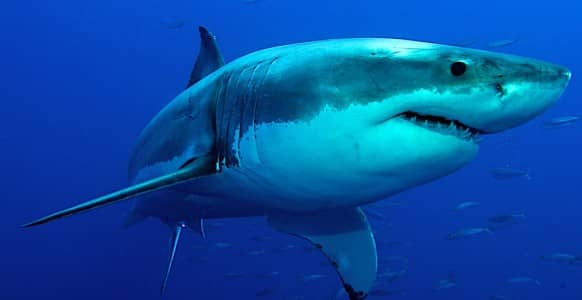 They always seem to get the raw end of the deal when it comes to hypnosis.

Not only have stage hypnotists long made fun of their clucky ways by hypnotizing subjects into behaving like them, it seems the link between our feathered friends and hypnosis runs a lot deeper than this stereotype.

As in a recent article published by Wired Magazine called “Can You Hypnotize A Shark?,” it explains how chickens are prone to something called “tonic immobility,” which is a type of hypnosis caused by fear:

“… There are several ways to ‘mesmerize’ a chicken. You can lay it on its side, tuck its head under its wing and gently rock it, or put it on its back and stroke its sternum. You can wave your finger in front of its face – starting with your finger close to its beak and then pulling your finger slowly straight back. The chicken will focus on your finger.”

In addition to this hypnotic behavior documented in chickens, the article also outlines other interesting hypnotic happenings in the animal kingdom:

“Tonic immobility has been induced in many species of sharks and rays by inverting the animal. Sharks usually enter a tonic state within a minute and can remain like that for up to 15 minutes before righting themselves and swimming away. During tonic immobility, the breathing and muscle contractions become steadier and more relaxed.

“Tonic immobility is used as an aid in shark husbandry in aquariums and when handling wild sharks to minimize struggling by the animal and reduce the possibility of injury to all parties.”

However, rather interestingly, it’s not just humans who have used this technique…

“…. In 1997, eyewitnesses watched a female orca off the coast of California seemingly induce tonic immobility purposely in a great white shark. The orca held the shark upside down, inducing tonic immobility, and kept the shark still for 15 minutes, which caused it to suffocate to death.”

Intrigued to see exactly how a shark can be inverted using this technique? Check out this incredible video:

While it’s not recommended that you try any of these induction techniques on your human subjects at home, it certainly makes you wonder whether when it comes to understanding the full power of hypnosis, that so far only the tip of the iceberg has been touched.

So next time you come across a doubtful subject or hypnosis critic, share this article with them and challenge their surprise!