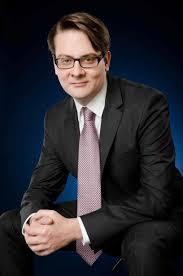 Igor Ledochowski is an internationally acclaimed master hypnotist, author, lecturer, teacher, coach, and has been a Fortune 500 consultant bringing legitimate, usable hypnosis information and training to the public.

He is the co-founder of the Hypnosis Training Academy, which has published well over 100 different hypnosis training programs, has run hypnotherapy certifications in 16 different countries and continues to produce the highest quality hypnosis content.

Igor Ledochowski is also known as the world’s leading authority on Conversational Hypnosis. His journey and discovery of hypnosis began when he was just a toddler.

As a 4-year-old growing up in Spain, Igor watched a hypnosis stage show on TV. He was fascinated by what the hypnotist could make people do, and that show made him curious to find out more. What else was the human mind capable of?

His family moved to England when he was 7, and by his teenage years, life had gotten difficult. Looking for answers, he scoured second-hand book shops for self-help books, many of which advocated hypnosis. But the techniques were terrible and, despite practicing them faithfully, he couldn’t get them to work.

Come the 80s, Igor turned away from the study of hypnosis temporarily, getting involved with martial arts and meditation instead. It was also the start of his life at university, a period when he was able to enjoy the freedom of being away from home.

During his time at Exeter University in England, he studied law and after receiving his Bachelor of Laws, he was well on his way to reaching his dream of becoming a hot-shot lawyer.

The need to learn as quickly as humanly possible became his priority and he turned to hypnosis to accelerate this process.

His university days also gave him the chance to practice what few techniques he had begun to master on his fellow students and friends, techniques like revivification and inducing deep trances. But it was a trip back home that made an even more substantial impact.

During an uncle’s 75th birthday party, he caught up with a cousin who had been a role model in his younger days. The cousin had gone through a terribly rough patch but had managed to turn his life around using a course on self-hypnosis. Speaking to him at length, Igor realized that everything he’d read about hypnosis had suddenly fallen into place.

He immediately signed up for a hypnosis seminar and was blown away by what he discovered. The techniques he learned helped him study for his law exams and land a job in the firm of his choice. But the law wasn’t going to hold his interest forever. He wanted to know more about hypnosis and how to turn it into a career. The question was: how?

After seeing hypnotist Paul McKenna’s TV show in the UK, Igor got inspired again. If he can do it, why can’t I? he thought. This was the early 90s and the long hours doing law work had become somewhat oppressive. To help balance things out a bit more, Igor found a hypnosis school that offered courses during one weekend a month for a whole year.

It was then that he asked himself what he wanted to do with the rest of his life. He knew it wasn’t law, so he made the decision to give it up and pursue hypnosis, spending every spare moment either studying or practicing. The first year was difficult, but he’d managed to put some money aside from his law work, and with that behind him, things gradually began to fall into place.

He started a hypnosis practice group and used their sessions as the basis for his first book, The Deep Trance Training Manual. Published in the UK by Anglo-American Books, it became a hypnosis best-seller. Results like this meant that it wouldn’t be too long before his curiosity, thirst for knowledge, determination and hard work would help him become Igor Ledochowski, master hypnotist.

By this stage, the concepts of hypnotherapy and conversational hypnosis were beginning to interest him more and more. He knew from his time in the law firm that he wanted to work with people who were driven, high-energy, go-getter types. And that’s when the idea of executive coaching started to formulate.

But there was a problem. You couldn’t very well ask the CEO of a Fortune 500 company to bark like a dog or cluck like a chicken. He needed a different way to use hypnosis in that kind of professional environment. It was at this point that a hypnosis seminar with Steven Gilligan provided the answer.

Gilligan used Milton Erickson’s hypnotic language model to induce a trance covertly. This was exactly what Igor had been looking for. He studied the works of Dr. Erickson intensely day and night, adapting the technique to create the Street Hypnosis Deck, which was going to be instrumental in helping “crack the code” for Conversational Hypnosis.

Inspired by Dr. Erickson’s body of work, Igor was able to implement his own strategy of what he’d call “Complete Covert Hypnosis” and founded Conversational Hypnosis.

Igor would ultimately turn Dr. Erickson’s semi-covert strategies into truly “under-the-conscious-radar” strategies, where they could easily be implemented into everyday normal conversations.

>> To discover more about conversational hypnosis, visit this page:

What Is Conversational Hypnosis?

Meanwhile, when working for a team-building development company, Igor was able to use hypnosis on people who were struggling, either because they were in pain, afraid of heights, or had some other issue during their team-building experience.

These occasions became more and more frequent, helping to bring all the Conversational Hypnosis elements together at last. This eventually led to a career in executive coaching with guest speaker appearances at hypnosis conventions.

A chance meeting with self-made millionaire hypnotist Elliott Wald gave Igor Ledochowski an insight into how to make a really good income from hypnosis. He spent the next two years learning as much as he could from Elliott. After that, he started a consultancy firm and traveled around the world doing executive coaching and private sessions. However, it soon became clear that he had his finger in too many pies. An enforced house move made him rethink his priorities and he finally realized that his passion lay with hypnosis and hypnotherapy in particular.

Then, as luck would have it, Igor bumped into his old friend Cliff, a fully trained Ericksonian hypnotherapist and master practitioner of NLP, who had become an internet marketing specialist. This fortuitous meeting meant that jointly they had the ability to produce home study programs and run live training seminars worldwide. They marketed the Hypnotic Language Shortcut System, developed more hypnosis training programs and launched the master class series. There was so much going on that they decided to become full partners, and as a result, the Hypnosis Training Academy was born.

What Igor and Cliff co-founded wasn’t just another company selling products. It was an actual academy set up to train the next generation of hypnotists.

During a live seminar, for example, the attendees get to see Igor using the very techniques he teaches them on a living subject, one of their peers. They have the chance to practice the techniques themselves on each other, and there’s always a question-and-answer session where they can get advice and feedback directly from the master himself.

Igor has taken all that he has learned and adapted it to make it easy to understand and easy to put into practice. The Hypnosis Training Academy “HTA” now offers everything a budding hypnotist needs to get started, from courses in the various techniques, such as Conversational Hypnosis, to the opportunity to become a certified hypnotherapist with an internationally recognized qualification.

Igor Ledochowski courses is also delivered online as well, in video format with downloadable resources for study and for future reference. The extensive library of courses, each split into easily digestible modules, includes topics such as Building Rapport, Instant Inductions and Mind Bending Language, to name a few. It also includes a series of comprehensive master classes covering all the major techniques.

In his quest to pass on his knowledge and insights, Igor Ledochowski has left no stone unturned. For example, another Igor Ledochowski course is entitled How To Have A Highly Successful & Fulfilling Hypnosis Practice, a program that teaches you how to find and entice clients, set up your office, and make a name for yourself as the “go-to” hypnotist in your area.

So not only will the HTA give you the skills you need to become a highly proficient hypnotist, but it will also give you the guidance and advice you need to build and sustain your own successful hypnosis practice.

According to Igor, the only way to become a good hypnotist is to practice hypnosis. If you’re just starting out, try to practice with friends or family members. It doesn’t matter if they know what you’re doing or even if they fake some of the actions. All that matters is that you practice the techniques and the language skills so that they become second nature.

Another important point is to look at what other people are doing in different fields. You don’t need to reinvent the wheel, so if a technique is producing the results, find out more about it. Get to the bottom of it and you’ll inevitably find a way to incorporate it into your own hypnosis toolkit.

Successful hypnotists get where they are by having one of two things. Either they have a great mentor who can guide them, someone they can watch and learn from consciously and unconsciously. Or they have to be daring enough to just go out and practice hypnosis over and over again, not worrying about getting things wrong or making mistakes or even about the results they get.

Igor Ledochowski strongly believes that people should be able to have access to hypnosis in everyday life. And that it should be accessible to everyone, pretty much all the time through technology.

Igor’s success in the corporate world led him to open up his own hypnotherapy clinic where helped clients facing issues such as weight problems, smoking issues, phobias, traumas, and unhealthy relationships just to name a few.

He has been hired by several Fortune 500 companies to train their senior-level management on using the power of persuasion and conversational, covert hypnosis.

One of Igor’s favorite accomplishments was the completion of the Hypnosis Diploma School.

It’s the only school of its kind that provides not only cutting-edge hypnotherapy skills training but a comprehensive program on how to build a successful hypnotherapy practice from the ground up with the ability to train and practice in real-time with other people from the comfort of your own home.