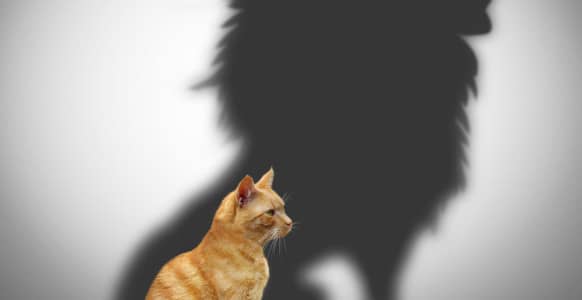 A friend of mine was home one day babysitting kids. The boy was 4 at the time. The girl was 3.

So my friend stepped into the kitchen to get a sandwich.

He left the kids in the living room to play for a few short minutes. When he returned from the kitchen, he found them on the other side of the house doing “something.”

He walks over and can’t believe his eyes. The boy was drawing circles on the bathroom door with, what appeared to be, a permanent black marker.

Keeping his cool, my friend asks his son why he just wrote all over the door.

The boy says, “But Daddy, I  saw this in my head and wanted to draw it for you.”

Of course, my friend’s anger melted like ice cream in the hot summer sun.

His little situation proves a point…

Everything we do is to express our self.

Your decision to learn and practice hypnosis is because you want to express yourself.

In so doing, you may end up helping a lot of other people. People who suffer from emotional and mental problems. People who are at the end of the proverbial rope.

So never apologize or feel self-conscious about being a hypnotist.

Sure there’s a bit of a stigma about hypnosis but usually people who feel that way just don’t know any better.

Another friend of mine was talking about hypnosis to his sister-in-law.

She interrupted him to say, “That’s all a bunch of nonsense. It doesn’t work. It’s hokey.”

She, of course, had no good answer. Just her own personal opinion.

He saw that she was ignorant of the facts. So he showed her online The American Medical Association approved hypnosis as a therapy in 1958, and the American Psychiatric Association followed in 1961.

All of a sudden her tune changed.

You have nothing to be “ashamed of” for wanting to learn and apply hypnosis in your life.

With that being said, there is one thing you should watch out for. This is especially important if you want to truly express yourself with integrity through hypnosis.

Lee made the argument that most fighting styles had one big flaw. They forced the practitioner to become limited by set patterns/techniques.

He went on to say, “A martial artist who drills exclusively to a  set pattern of combat is losing his freedom. He is actually becoming a slave to a choice pattern and feels that the pattern is the real thing.

“There must be a ‘being’ instead of a ‘doing’ in training. One must be free. Instead of complexity of form, there should be simplicity of expression.”

I urge you not to get caught up too much in hypnotic technique.

Principles are the cornerstone upon which any technique is based. Learn the principles and you are free to express yourself by creating your own techniques as necessary.

That’s what Igor does.

What made you become a hypnotist? And what made you change your mindset if you too came from a skeptical standpoint?