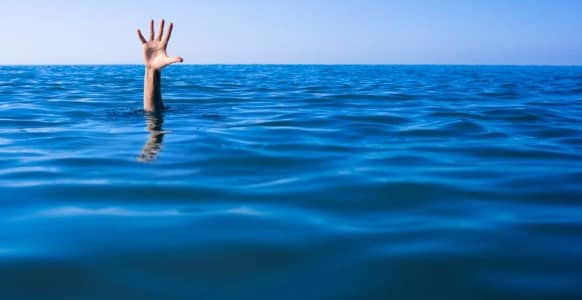 In this article, Australian hypnotherapist, Rob Mellet, shares some valuable insights on what hypnotists fear most: hypnosis failure.

The biggest reason people fail at hypnosis is due to a lack of understanding of what it actually is, and what it can achieve.

This is largely because of Hollywood, as hypnosis is often portrayed as a mystical state where people lose complete control and do silly things.

But in addition to this common misconception, there are a few other things that can sabotage hypnosis from working.

For example, did you know that during stage hypnosis, one of the biggest roadblocks for participants is performance anxiety?

All of a sudden people are asked to come up on stage with bright lights shining on them. They feel the glare of everyone in the room looking at them and expecting them to react in an unfamiliar way.

And as public performing is the number one phobia in America, it’s no surprise that people start sweating a little, and as a result, freeze on stage and stop responding because they’re paralyzed with fear.

The next biggest problem is thinking too much about the experience at hand, which then prevents hypnosis from occurring This is called activating the Law of Reversed Effect.

As your conscious mind is only capable of handling approximately 7 items in working memory, when you start filling it up with distracting thoughts or overthinking, you end up micro-managing the task. It starts to become sloppy because you’ve taken the task off autopilot.

For example, something as simple as doing small math or counting is easy enough but when somebody starts throwing random numbers at you while you try and count, the task becomes quite difficult.

The verbalization had no effect for the inexperienced golfers.

The findings suggest that the effect of overthinking disrupts your ability to perform an unconscious task.

During therapy, the biggest fault lies in the way hypnotists perform therapy. This is because some hypnotists don’t create a feedback loop with their subject, meaning subjects have the misfortune of sitting in a chair receiving a hypnotic lecture with very little stimulus involved. Instead, what hypnotists should do is show subjects how to experience unconscious phenomena, such as hallucinations, automatic movement and time distortion. The reason being, this helps show things that are normally outside of your subject’s awareness.

In the end, some people just require more time before they are comfortable enough with hypnosis to experience it.

One way of showing subjects that they have been hypnotized is by showing some examples of unconscious phenomena. This then helps to create a feedback loop that proves they were in a trance beyond any shadow of a doubt.

But in order to take your subjects to this level, it’s important to understand the 3 main actions and responses people experience so you can spot the signs and guide them accordingly.

This stage is the most conscious of the three. It’s also where the most potential problems arise because of overthinking or an unwillingness to participate.

However, this type of response is important in hypnosis as it gives the hypnotist the ability to open the “yes mind” and subtly test for compliance. With this opens the door for the bigger and more unconscious phenomena to take place.

Some examples of voluntary actions might be along the lines of asking for something. For example,

This stage is the beginning of trance. It’s where people being to focus on experiencing hypnotic phenomena. It’s also worth noting that the participant could stop the event from happening if they want to, but for most people it’s an enjoyable experience.

Some non-voluntary examples are:

This stage proves to the participant that hypnosis is occurring because when they try to do something, they have no conscious control over their response.

The only way you’ll know if you switch from non-voluntary to involuntary is if the person tries to resist but fails. If you are a hypnotist it’s worth pointing out that this stage may be quite scary for people unfamiliar with hypnosis.

Some examples of involuntary responses include:

There are many more examples in each category above. Hypnosis has a snowball rolling down a hill like-effect; as it grows momentum, it becomes bigger and more profound. The things you take for granted in everyday life can be built upon to create hypnotic phenomenon that can literally blow your mind if the right kind of attention is placed on it.

Therefore, taking the time to work with your subjects by explaining how hypnosis works, and taking them through their journey at a pace that works for them will ensure your success as a hypnotist.