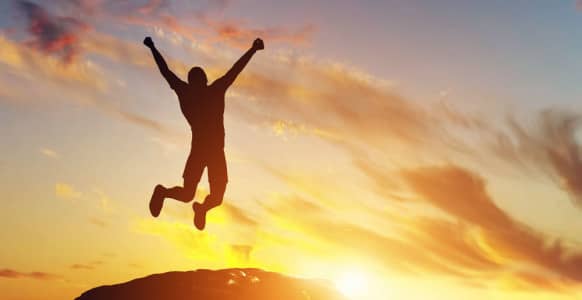 Neurological science states that the power of trying can be very effective in bringing about lasting change. Take one study carried out on patients with Obsessive Compulsive Disorder (OCD) in 1992 by Dr. Jeffrey Schwartz, for example.

This crippling disorder, also known as the “disease of pathological doubt” is an anxiety disorder characterized by recurrent, unwanted thoughts (obsessions) and/or repetitive behaviors. People with this issue become paralyzed by thoughts that just won’t go away.

Howard Hughes is perhaps the most famous example with this disorder, as seen in the movie “The Aviator.”
Yoda Hypnosis
Folks who have this disorder develop behaviors such as having to turn the light switch on and off ten times before leaving the house. Or repeat the same word or phrase over and over again. However typically, they have a wide variety of problematic behaviors.

The cause at the neurological level is hyper-connectivity between two different regions of the brain, the orbitofrontal cortex and the caudate nucleus.

The orbitofrontal cortex is the decision-making area of the brain where rational thinking meets the more primitive, emotion ruled centers of the limbic system. Whereas the caudate nucleus is the habit center of the brain.

These two areas light up like Christmas trees in a brain scan in people with OCD.

When this connection is triggered, it creates a tidal wave of unfounded mortal fear and the habitual response (the behavior) is the only way to attain calm. While sufferers realize that their response is irrational, they are driven to obey the trigger nonetheless.

So to test how “the power of trying” could be used to help treat patients with OCD, Dr. Jeffrey Schwartz, who was working with UCLA neuropsychiatrist Lewis Baxter at the time, carried out some groundbreaking research.

At the beginning of the research, he conducted PET brain scans on his patients, before showing and explaining the results to them. Then throughout the study, whenever his patients were about to exhibit their behavior, Dr. Schwartz would get them to say:

“This is not an urge to (whatever the behavior is). This is just a bothersome thought brought on by my OCD.”

He then instructed his patients to “try” and not do the behavior, or at least hold out for as long as they could. While at first they were not successful, the patients continued to “try” each time they could catch themselves before doing the behavior.

After some time, more brains scans were taken and shown to the patients – and the results were amazing. Even though they hadn’t accomplished stopping the behavior completely, the brain scans showed a vast improvement.

The patients could see that their “trying” was making a change, which encouraged them to continue to try. Over the next weeks, patients were reporting more and more victories through “trying.” Essentially, they were re-wiring their brains!

They had become controllers, rather than prisoners of their disorder. Dr. Schwartz neurologically proved that “free will” and mindful trying could be used to re-wire the brain.

The Law Of Reverse Effect

I tell you the st ory of Dr. Schwartz as it challenges the Law Of Reverse Effect – which is a widely understood law in hypnosis.

The Law Of Reverse Effect states that the harder you try to achieve something, the more likely it is that you will fail.

The distinction I want to make here is the difference between trying and trying harder. By blindly discouraging yourself or your subject from trying, you may be going in the wrong direction.

Studies show that a child falls down an average of 94 times before taking its first unaided step.

How many of us “try” to do something 94 times before we give up?

Did you try to give up smoking 94 times?

Did you try to get to the gym 94 times before succeeding?

Did you try to start 94 companies before you were successful?

Did you try 94 times to break any bad habit?

We try this to see what will happen. We try that because it looks interesting. We try this because our friend wanted us to do it with them.

So what’s the difference between trying and trying too hard?

The reason failure happens is because our conscious mind tries to do something it’s not engineered for, or capable of.

For example, if you read a book, the conscious mind reads the words – but it’s your unconscious mind that deciphers the meaning and adds the emotions and feelings to accompany the text.

The unconscious mind runs all complex procedures of your life. It knows unlimited ways of making something happen. So if you’re trying to quit smoking, release some weight or figure out your next marketing strategy – you MUST engage your unconscious mind and leave the conscious mind out of it until the solution comes.

If you try to do any of these things consciously you’ll fail.

It’s like asking a kid in grade 3 to do a university astrophysics math equation!

All good hypnotists work from the level of the unconscious mind. If you haven’t “gone first” and put yourself into trance, so that it’s your unconscious mind working with the person in the chair, your results will be dismal.

When the conscious mind tries to do something and it can’t – it then tries HARDER! When it still can’t do it – it tries EVEN HARDER!

The Law Of Reverse Effect kicks in and no matter how hard you try, it won’t work because you’re using the wrong mind!

You can consciously try harder until the cows come home and the result will still be failure.

The reason I’m over emphasizing this is because if can understand the difference between “trying” and “trying harder” you’ll save yourself grief for the rest of your life.

Whenever you’re not getting the results you want in hypnosis – or in any aspect of your life – it’s because you’re using the wrong mind. All change, learning, creativity, invention, joy and skill comes from the unconscious mind. Your unconscious mind is the genie in the bottle you’ve been searching for. It’s all within you.

However, before you get to the “genie” you need to bypass the conscious mind, which in essence is a control freak!

In its non-infinite wisdom, it’s under the illusion that it should keep everything the same and not allow anything to change. As it’s ever vigilant that it should be obeyed – it becomes the tyrant in your life.

Now that’s not to say that the conscious mind isn’t useful and necessary, it absolutely is. It just tries to be the know-it-all in areas where it’s clueless.

When this know-it-all gets a job it can’t do, it flips out! It tries harder and harder to get the impossible task done. It blames everything and everyone around it because it can’t accomplish the job. It throws a tantrum and has to take the rest of the day off before it has a nervous breakdown.

The unconscious mind however never, ever, gets a job too big for it to handle. It’s the genie rubbing its hands together going “Give it to me, give it to me! Let’s do it! I’ll grant your every wish, I’ll change anything you don’t like, I’ll help solve every problem, I’ll show you how to do anything, just come into my domain and it’s yours.”

The Balance Of Trying

Therefore, when it comes to hypnosis, it’s essential that subjects “try” and that you as their hypnotist or hypnotherapist encourage them to do so. Otherwise there’s simply no point in someone coming for therapy if they’re not willing to push themselves.

However, when you see the conscious mind is entering into the defective “try harder” zone, you need to learn how to hand the reins over to the “genie” (the unconscious mind).

It’s a tricky balance which of course requires stealth as you come up against the guardian at the gate (the critical factor) but isn’t this what trying is all about?

If you’ve worked with a subject that’s been trying to change a behavior, such as quitting smoking, please share below how you leveraged this will to change on a conscious and unconscious level.