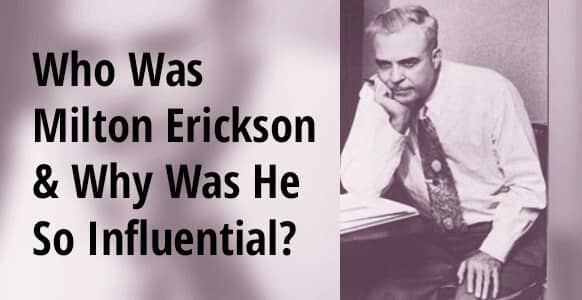 He was a late developer, dyslexic and color blind.

He contracted polio and was told he had only days to live.

He survived only to be left totally paralyzed.

But that didn’t stop him.

Despite all the odds, he taught himself to walk again.

Not only that, but he went on to become one of the 20th century’s greatest innovators… particularly where hypnosis is concerned.

Have you guessed who it was yet?

Yep, the late and great Milton Erickson, of course.

From Farmer To Psychiatrist To World Famous Therapist

Erickson grew up on a farm in Wisconsin.

When he found himself stricken down, confined to bed and unable to move or speak, communication in the normal sense was impossible. 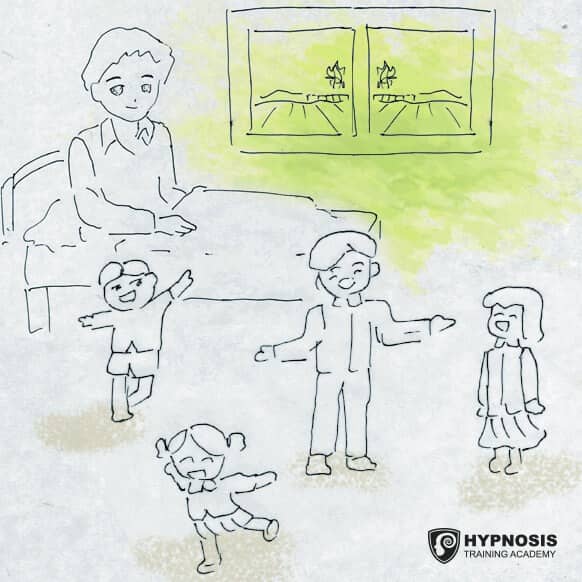 So in order to amuse himself, he started watching his seven sisters and one brother closely.

Although he didn’t realize it at the time, he was studying their non-verbal communication, their body language and tone of voice.

The farming life wasn’t to be where Erickson made his mark.

Instead, he went to university, where he completed his medical degree and his master’s degree in psychology, simultaneously.

His services were in demand by the US Olympic Rifle Team and the US Government during World War Two.

He also worked in a number of hospitals, until in 1948 he became Clinical Director at the University of Arizona.

Erickson’s methods and techniques were relatively unknown outside of medical circles, but in 1973 that was to change forever.

It was in that year that one of his former students, Jay Haley, published a book called Uncommon Therapy.

The book explores a number of case studies, showing how Erickson achieved astonishing results on a variety of problems using his own techniques.

Why? Because his thinking was different.

He approached hypnosis from a totally unique perspective, especially in relation to the unconscious mind.

But what exactly was so revolutionary about it? 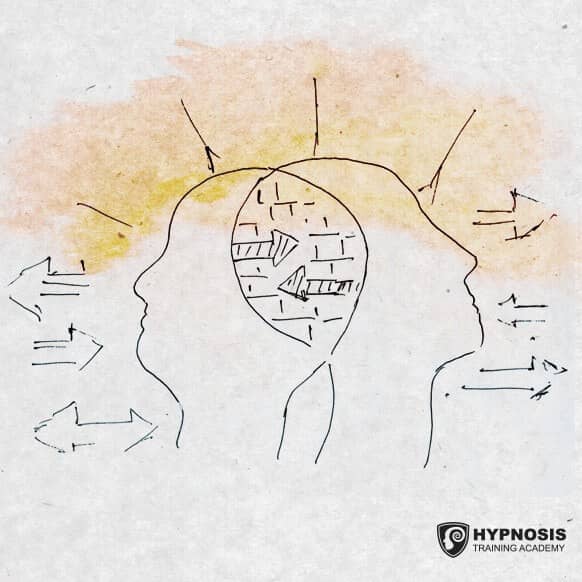 2. In order to get at the unconscious, you have to distract the conscious mind. Erickson used a number of techniques to do this which are explored below.

3. Indirect suggestion has a much greater chance of being accepted, of filtering into the unconscious, and of therefore helping a person make changes that last and seem natural and unforced.

According to Erickson, it’s possible to solve just about any problem if you can get through to a person’s unconscious mind.

The unconscious is creative, useful for finding answers to questions and solutions to problems. Tap into that, and most problems typically resolve themselves.

They don’t necessarily have to be in a trance for that to happen. As long as their unconscious mind is open to suggestions, then those suggestions could have a hypnotic influence.

Erickson believed that trance was a natural state and that people entered trance on a daily basis.

It happens whenever their attention is fixed on a question, a problem, or an event so amazing or unusual that it temporarily blocks out all other stimuli.

If you’ve studied hypnosis on any level, all of this will probably ring a bell. It can be summed up by the ABS Formula, adopted from Erickson’s work, which is:

Many of the techniques Erickson used have been well documented in books and scholarly articles. Here are some of his better-known methods.

If you want someone to do something or to accept an idea, you have to be subtle. If you’re authoritarian about it, they’ll be inclined to resist you. It’s the conscious mind that offers resistance, of course, which makes it impossible to get through to the unconscious.

Erickson suggested a more indirect approach. He believed the unconscious responds more to stories, metaphors and symbols than it ever will to commands.

Instead of the Hollywood style instruction “you are getting sleepy” Erickson would say something like “it’s easy for you to go into a trance.”

He called this approach being “artfully vague” so that the subject’s unconscious mind had opportunities to fill in the gaps and play an active role in bringing about the desired change.

The Power Of Confusion

Erickson discovered that when people were confused, they were in a sort of trance. Confusion also helped to bypass the critical factor because their minds were too busy trying to sort out the confusion to be able to put up much resistance.

Confusion can be created in a number of ways, such as using ambiguous language, long and complicated sentences, devices like metaphors, pattern interruption, being artfully vague, or telling jokes to interrupt someone’s train of thought.

Erickson has frequently pointed out that confusion forms some part of almost every one of his techniques, probably because it is such an effective way of distracting the conscious mind.

>> Want to discover a powerful way to “positively confuse” your hypnotherapy clients so you’re able to bypass their critical factor and deliver effective results? Check out this guide on Mind Bending Language to discover how. 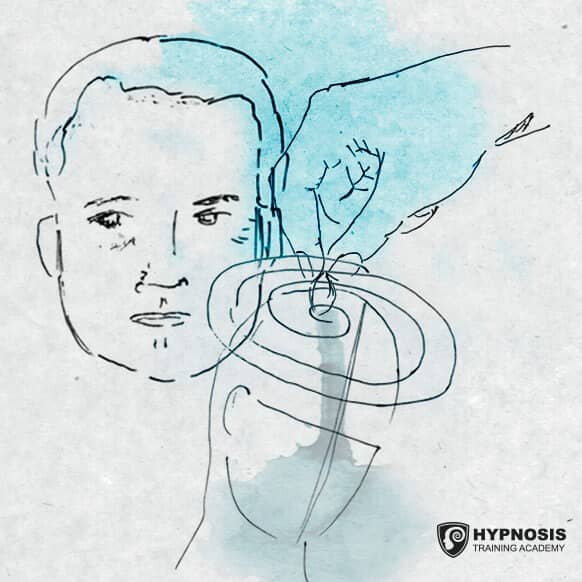 One of Erickson’s subtle methods involved planting or “seeding” ideas into a subject’s mind. He’d often do that using stories and metaphors, because he just happened to be a master storyteller.

This is not a new concept, but it’s one that’s been shown to work. If someone asks you not to think about something, you find it hard to get that something out of your mind. Erickson’s approach was a subtle variation.

He’d ask his subjects “have you ever been in a trance before?” This seemingly harmless question exposes them to the idea of trance.

The use of the word “before” implies that a trance is about to happen, even if it’s never happened before. So the seed has been planted and can’t be unplanted, so to speak.

This is another one of Erickson’s renowned techniques, a way to induce a trance without saying a word or getting the subject to focus on an idea.

People tend to shake hands automatically without thinking about the process. But Erickson would interrupt the process by doing something unexpected, such as grabbing their wrist, which creates confusion and opens the mind to suggestion. This is an example of pattern interruption.

As well as being known for his unusual approach to hypnosis and problem-solving, Erickson was also renowned for his quick wit and storytelling abilities.

He once asked someone why they had come to one of his seminars. The person replied that they had been told to come to see the great man before he died, to which Erickson replied that dying was the last thing he intended to do! 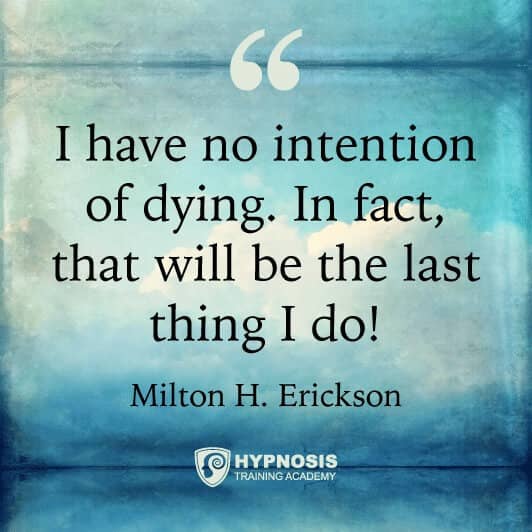 One of Erickson’s strengths was his ability to pick up on signals people were giving off, no matter how subtle those signals might be.

On one occasion, a female colleague walked past him, and Erickson congratulated her on her pregnancy. She asked him: “How did you know?” She’d only just returned from her own doctor, who gave her the news that very morning.

On another occasion, a woman walked into his office and proceeded to announce that Erickson would not be able to help her with her problem.

Apparently, none of the other therapists she’d seen were able to help either. Erickson had already noticed something odd about the woman’s behavior, and so he leaned forward and asked her: “How long have you been a woman?”

Although this person seemed to be a woman in every respect, it was actually a man. Erickson noticed that he brushed past his own breasts while picking some lint off his shoulder. It was done in such a way that Erickson could tell this person was not used to manoeuvring around their breasts, so obviously the breasts were relatively “new.”

Erickson used another of his techniques whenever he had a client he didn’t know how to deal with. Instead of grasping at straws and searching for answers, he sent them 6 months or a year into the future, to a point where they had already resolved their problems.

Then he asked them how he did it. Erickson wrote down what they said. Then he de-hypnotized them and read through the list of things to do, saying: “Go and do these things.” The clients had basically created their own therapy and found their own solutions.

But even Erickson didn’t always have everything his own way. One day a little old lady visited who wanted to be hypnotized. Erickson spent a long time trying various things to hypnotize her, but she just wouldn’t go into trance. 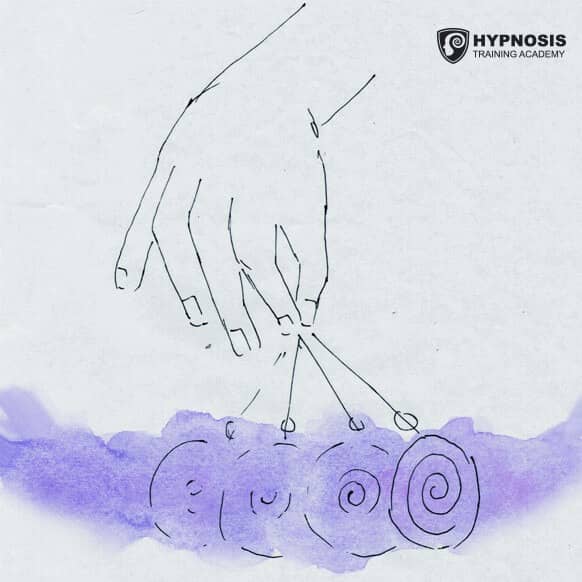 The little old lady looked up at him and asked: “When are you going to start the hypnosis?”

Erickson asked her what she meant, to which she replied: “When are you going to pull out your pocket watch and start hypnotizing me?”

Erickson then realized she had a strong belief that a swinging pocket watch was necessary for someone to go into hypnosis. So, he pulled out his pocket watch, and within minutes she was in the deepest and most profound trance.

And lastly, here’s a video that shows what kind of a trickster Erickson could be. It concerns the great man’s unexpected reaction to one of his daughter’s boyfriends, which sent the young man into brain overload.

His work has influenced therapeutic approaches in a number of branches, including family therapy and solution focused therapy. His theories and ideas also helped Richard Bandler and John Grinder develop their Neuro-Linguistic Programming (NLP) concept.

Much has been written about Erickson’s work, and he has written 5 books of his own, which are:

It’s not an exaggeration to say that his ideas changed the face of therapy forever. He is quoted as saying that “It isn’t so much what the therapist does, as what he gets his patient to do.”

Erickson believed that hypnosis wasn’t a cure but “a means of establishing a favourable climate in which to learn.”

And perhaps one of the most significant nuggets of wisdom he left the hypnosis world was to always trust your unconscious, because it knows more than you do.