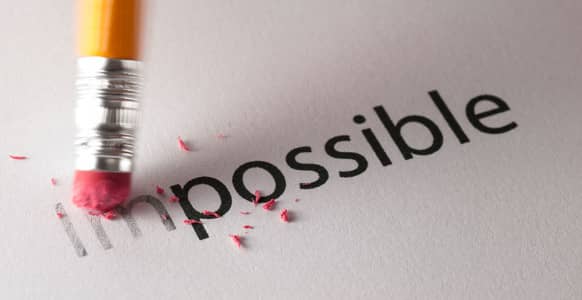 To achieve any hypnotic response you want regardless of the “trance-depth,” we have learned how to make the switch from blindly suggesting ideas towards an intelligent process of testing different ways of expressing those ideas in order to measure the impact on the hypnotic subject.

This is the key to developing empathy and ultimately having better results from a hypnosis session.

There is another insight you should cultivate before we turn our attention towards a practical approach for training hypnotic subjects to be highly responsive in hypnosis.

The insight depends on us getting away to some extent from our long-standing obsession with “depth of trance”.

Whilst many modern hypnotists pay lip service to the idea that you don’t need to have a “deep” trance in order to get say a given therapeutic result, in our heart of hearts most of us still think “if only I could get him deep enough I could get the result we need!” I hope to demonstrate that we don’t need to think in this way anymore.

Lets look at where the idea of “depth” in hypnosis came from.

Certainly Mesmer (the undisputed grandfather of western hypnosis) never spoke of it.

In fact a search through the literature will show that the first person that really suggested (did he hypnotise us I wonder?) the idea was Jean Liebault, a student of Bernheim from the Nancy school.

Before Liebault hypnotists simply noted that different effects would occur when you did different things with hypnotic subjects.

Liebault attempted to classify these effects in a kind of ranking system, which set the stage for Clark Hull and his later experiments in suggestibility.

All modern research data on suggestion is now classified according to one scale or another.

Hence the belief in a depth (i.e. how far along the scale can you go).

But lets see what happens when you focus not on depth, but on effects as the measure of trance.

Now we have a phenomenological measure that fits our experience.

We know that some subjects cannot create the auditory hallucination of a fly buzzing around their ears, but can create anaesthesia of a limb.

But anaesthesia is typically classified as occurring in a “deeper” trance state.

Under the “depth” theory we have problems reconciling fact with theory.

But if we just look at it from a psychodynamic point of view – we realize that the subject simply has not yet learned the mental knack of using his mind in a particular way.

Think of it like doing pure maths and applied maths or engineering.

The three disciplines are deeply interrelated, but just because you’re good at say calculus (pure maths) does not mean that you can calculate the load that London Bridge can bear (an example of applied maths and engineering).

But you can take the skills of pure maths and learn to apply them to real world problems.

So it is easier to do applied maths if you can do pure maths, than it would be to learn it from scratch.

In the same way, instead of focus all our efforts on taking a client “deeper” in the hope of reaching some mystical state in which everything is possible, why not focus on using the hypnotic skills she already has to teach her to access little used abilities? This now gives us a whole new approach to training trances.

Now we focus on getting the hypnotic effect we need and we break that down into a series of steps that the client can actually succeed at.

So an anaesthesia might be developed by using the subjects natural ability to dissociate, or by his ability to hallucinate (e.g. hallucinating his head floating off into a separate chair from his body).

So two very different hypnotic skills can be utilised in order to get a third outcome.

Now it starts to make sense that we have spent all this time learning to empathise with our subjects.

All the time we spent measuring the impact of different styles of expressing a suggestion comes into its own.

It already tells us a little about how this subject operates.

Someone who cannot really “picture” her arm lifting, but could “feel it lifting” will need to take a different path to anaesthesia to someone who does things the other way around.

Now that we are chasing hypnotic effects as opposed to hypnotic depth, our suggestions can be constructed much more carefully to achieve our desired outcome.