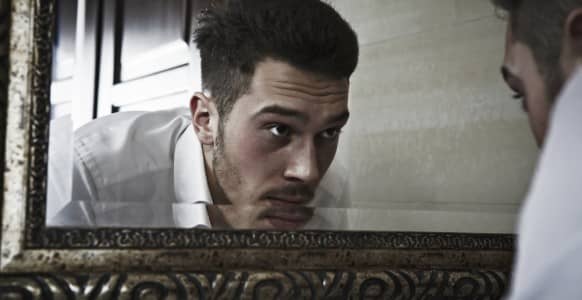 In this article, guest writer and hypnosis enthusiast Adam Nassor shares some successes he’s had helping subjects reduce their problems through hypnosis.

Have you ever experienced a problem so overwhelming that it seemed nearly impossible to solve? But now when you look back (long after it’s over), the essence of the problem doesn’t appear as daunting as it once was?

However, before you can safely settle into the future knowing all is well, these feelings of uncertainty can make you feel as if you’re stuck in a labyrinth with very high walls, as even if you have a plan of the maze, you can never be sure it’s correct or if you’ll ever get out.

This analogy comes up a lot when working with people trying to overcome trauma or mental blocks. I realized quickly that simply giving them a plan is not always enough. They need more. They need a view from above.

Here’s how to give them that view…

1. Identify The Root Cause

Not every symptom is the problem.

I once tried to help my friend’s mother improve her English skills. But no matter what I did, she could never remember a single word.

I then asked her whether someone or something has ever blocked her from learning, for her only to reveal that a teacher had once told her that she was stupid! That single incident alone has caused her problems throughout her entire life.

A problem that seems petty to you might be a terrifying experience for someone else. For example, a child can hate the world because it lost a lollipop, whereas the parent would see it as nothing because they can easily replace it.

Always take your subjects seriously while understanding that a problem is learned, and can be unlearned. Understand how it can seem like a problem from the subject’s side, but don’t buy into it.

3. Give The Subject A Broader View Here you come to a turning point. Let your subject see the problem in a bigger context. I once helped a young man who was depressed because his best friend (he was in love with her) was angry and very cold to him all of a sudden.

As it turned out, the cause for his devastation was really due to the fact that he believed she was the only person who appeared to really like and accept him, rather than having any true romantic feelings for her.

But to help him see this, I asked him to imagine an event with her that was positive and then to rate it on a scale of 1 to 10 (he rated it 10, of course). Next, I asked him to recall positive events with other people, which occurred right before and after the argument with his friend. As he recalled more and more positive events, upon reflection, he downscaled the positive feelings he felt towards his best friend to a two! All he needed was a little perspective.

Identify any past experiences that might be hurting or blocking the healing process, especially those that seem less apparent.

When I helped a subject with depression, I unearthed a memory of them getting bullied and attacked at school. Since the incident, he’s had trouble recognizing true friends and trusting people. To guide him through this, I put him into a trance to help him find a positive substitution (or reframe) and create a “new past.”

To do this, try the following:

5. Use Future Memories To Anchor And Fixate The Decreased Meaning Of The Problem

Right after you have diminished the root of the problem in a bigger context you can do something that I like to call “Worldzoom.” As you have given the subject the possibility that an event can have lesser meaning than what they originally thought, now you can address the symptoms.

Given the subconscious mind learned that the meaning of importance can change, it will be eager to follow the next suggestions.

To start, ask your subject to put their problem into a timeline with other problems they have overcome, then implant a future memory. Get them to imagine what it would be like if they were a few years into the future and the problem was resolved. Tell them that it’s not important how; it’s just the feeling that they need to focus on.

Encourage them when they tell you about positive “memories” and don’t stop them if they also describe negative memories (but be careful not react to these so they learn to reject them due to your lack of encouragement).

Again, remember if they describe any negative experiences, be alert if it has something to do with a previous problem that has not been solved, or if they just describe a general possibility in a rather pessimistic view.

6. Link The Resources To A Useful Action

Now that your subject is able to see their problem in a new light, and has gathered the power and motivation to overcome it, now is the most important part: You have to link all their energy to a new action.

To do this, tell them a story that includes facts to recognize situations and solutions and include their problems in it.

For example, the subject with the best friend didn’t realize that perhaps she wasn’t such a great friend at all. But after I helped him access positive resources, I told him casually how you can spot liars (while including random facts mixed with detailed descriptions of his best friend’s behavior using a Dear John story (basically an exact description of her lies but using a different name).

Since his critical factor was already offline he was able to accept these fact and suddenly realize: “She’s lying to me!”

Together with the resources he was able to decrease the value of the friendship and realize it for what it was. To further embed these realizations, it’s also useful to tell hypnotic stories or even a hypnotic loop in each stage of the healing process to further support this immediate change.

But as always, each subject is unique, so see what best works for each situation and don’t be afraid to try different approaches!