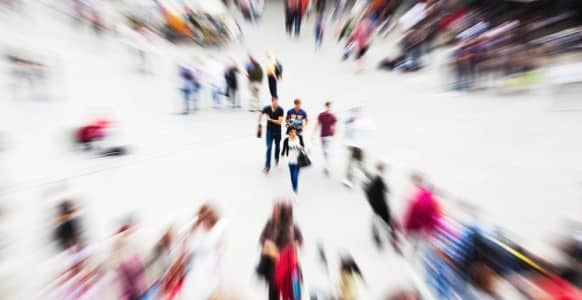 In this article, Mohammad Ahmad, IT professional, teacher and hypnotherapist shares how hypnosis helped him deal with culture shock, in addition to some life-long demons.

I’ve spent a fair amount of my life relocating from one place to the next. I’ve lived in five different countries between several different cities. In each move I’ve been able to adapt relatively well, except for my last relocation…

I found it so tough that I started to struggle to maintain myself in a functional manner.

I had relocated to Canberra with my family (after a 10-year post overseas) to progress my career in IT to the next level.

But what I was met with I was not prepared for… as I came face-to-face with the biggest culture shock of my life.

This was both a shock in the working culture, but also in the social culture. Nothing I had done before had prepared me for this, the culture was totally unfamiliar to me, the social protocols and cultural dynamics were different, and I didn’t understand how to relate to them.

The extreme quietness of Canberra drove me to the edges of extreme discomfort. Prior to moving to Canberra I was very socially active, always doing something with friends or family. I was always fascinated about learning and creativity, which probably kept me distracted from my own self, insecurities, fears and phobias – no matter how silly they actually were.

My previous coping mechanisms were no longer viable as nothing in the new city allowed any of them to serve me.

I had to face my demons one-by-one, and in desperation I began seeking help. I worked with life coaches (who were a tremendous help), spiritual healers, psychotherapists, counselors, tried herbal remedies and nutrition, but in the language of hypnotists, there was a significant unconscious component that wasn’t addressed.

By total coincidence, I came across Igor Ledochowski’s “Money in Your Mind,” and after watching it several times, I became convinced that something within me had to change for any of what he was saying to take effect.

This then lead me to the conclusion that hypnosis had to be a part of my life that I would further invest in and nurture. tweet

My first encounter was with an Australian hypnotist, whom I met through Facebook and during his regular visits to Canberra. He allowed me to experience the magic of hypnosis and he introduced me to an American hypnotist, who through a weekend workshop, changed my life forever.

This change was not so much a total transformation per se, but an eye opening experience to the power that hypnosis has in changing lives, as he worked with me (in front of the attendees) in resolving issues related to fear, which went all the way back to childhood.

This also allowed me to meet a great group of people whose purpose in life was to make a difference and help others. I shared that purpose with them, and continue to meet them in different places and occasions.

After that weekend, I started creating my own self-hypnosis recordings based on what I learned from this training, which I share with others and use almost daily.

My hypnotic journey took a sharp turn when I attended Igor’s Ericksonian Hypnotherapy Certification in Sydney 2014, as prior to that, I wasn’t able to help anyone with hypnosis (with the exception of my self-hypnosis recordings).

Immediately after the training, I was on fire, hypnotising every member of my family, friends and colleagues, helping them with stress management, focus and quitting smoking.

After the results I experienced, I did whatever I could to attend his other training “Beyond Self Hypnosis” as I had many issues I found difficult to share outside my immediate friends.

I am so glad I attended it as I have been able to resolve major emotional issues and attain a level of inner peace and contentment that I never had before.

I’ve also come to the realization that the unconscious mind is like a rose garden, and regular maintenance is required to keep the weeds under control, and now I have the tools to do so.

I don’t know where this journey is going to take me, but I have witnessed a remarkable improvement in my own well-being as well as the others around me, and I know for sure, that my passion and love for hypnosis has risen ten folds, as well as my gratitude to all my teachers.

Upon reflecting on my experiences, I have come to realize how much of a difference they have made in my life in empowering me with skills and abilities, broadening my horizon and fueling my passion, and exposing me to a group of people that are an inspiration. This was a total cure for my culture shock.

Do you have a similar inspiring story about hypnosis that you’d like to share with the community? If so, we’d love to hear what it is in the comments section below, or if you’d like to get it published like Mohammad has, find out how you can here.

Mohammad is currently working fulltime in the IT industry. He practices hypnotherapy in his spare time and shares his own self-hypnosis recordings through his website.

Is Hypnosis Real? Discover Its History, Common Myths & 6 Scientific Studies That Back It Up – 2nd Edition

Discovers
The Little Known Secrets of Direct Hypnosis,
Covert Hypnosis
and Self-Hypnosis
With This Exciting Gift