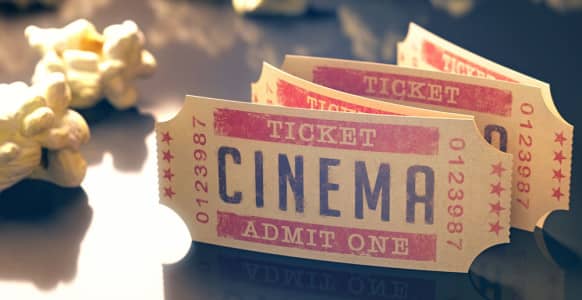 He started his career at age 13.

He had quit school and worked as a movie usher on Hollywood Boulevard.

But he still got his high school diploma.

Lew was trusted sufficiently to be given the keys to the theatre in the afternoon.

So he came up with a way to put his resourceful energy to good use.

Lew would smuggle the reel of the latest movie out of the theatre and take them over to the principal of the school he quit.

The principal would screen the movie (before it opened at night at the theater) and Lew would charge a low admission fee for the students.

Lew gave most of the student admission money to the principal to buy band instruments and football equipment.

Then he’d rush the movie reel back to the theatre before anyone arrived – with no one the wiser.

In return for the service and funds given to his school (ex-school) Lew was given a high-school diploma.

With his energetic mind Lew used his “school time” to think up brilliant show business contracts which, by the way, are still studied in law schools as models of the genre.

And with those contracts, Lew eventually signed stars like Fred Astaire and the Gish sisters into his new MCA stable.

There are no rules on the route to getting what you want.

That goes for learning hypnosis too.

You navigate your own path.

The principles, tools, and techniques are available.

How you choose to use them is entirely up to you.

Just make it a FUN adventure that fits your personality and style of  learning.

That way it’ll all come together so much easier for you.