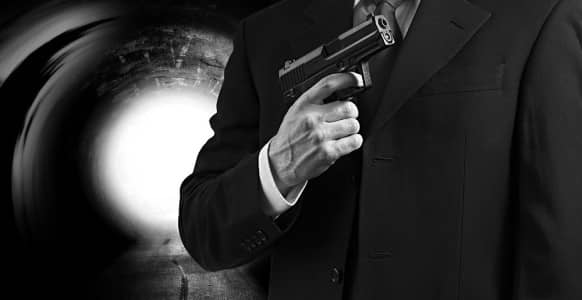 Victor Ostrovsky was a Mossad agent.

(The Mossad is the Israeli secret service, kind of like the CIA in America.)

Ostrovsky went through months of rigorous training before he was allowed to do real work in the field.

One of the things they teach you in the Mossad is how to tell if you’re being tailed.

Because one slip-up could compromise your security or the security of the whole operation.

There wasn’t any real danger. It was just a test. But at the time Ostrovsky didn’t know that.

When he realized he was being tailed, he pretended that he didn’t see the agents.

And he looped back on his route a couple times until all the guys were caught in a traffic jam and unable to pursue him any longer.

Ostrovsky writes, “Every move you make in this business has rules.  If you break them, you could be  a dead man.”

Thankfully, most of us are not in this kind of life-or-death situation.

But the importance of rules – and “Standard Operating Procedures” – is under appreciated.

You see, when you follow rules, you don’t have to think.

You don’t have to ask yourself, “Should I do it this way or that  way or not at all?”

You just do it the way you’ve been taught.

Because those are the rules.

And as you follow the rules, you become more proficient.

Until one day you wake up and discover that you’re actually far better than you ever expected you’d be.

That’s the way it is with hypnosis, too.

Sometimes you just need to follow the fundamentals – “the rules.”

Day in and day out.

Until you’ve mastered them.

Hypnosis can work for anybody – but only if you actually practice.