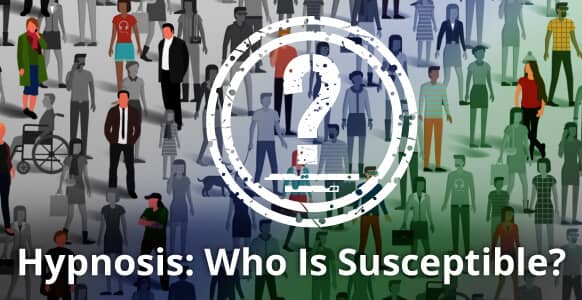 “You do something to me
Something that simply mystifies me
Tell me, why should it be
You have the power to hypnotize me?”

When Cole Porter wrote those lyrics, he probably wasn’t thinking about hypnosis in the therapeutic sense of the word.

And yet it throws up an interesting question:

David Spiegel MD, professor of psychiatry and behavioral sciences at Stanford University has been quoted as estimating that about 25% of people cannot be hypnotized.

So while the exact number can’t truly be known, various percentages are frequently bandied about.

To test this hypothesis out, Spiegel and his team used MRI (magnetic resonance imaging) scans to try and figure out why some people were more susceptible than others.

They discovered that people who were more likely to be hypnotized show more activity in areas of the brain concerned with executive control and attention. 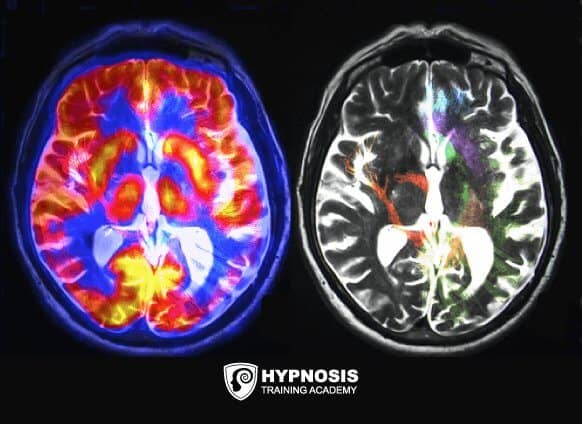 People who are easily hypnotized tend to lose track of time and get lost in a book or movie.

“Can readily immerse themselves in thinking about things without having their attention interrupted by pesky reminders of reality.”

It’s thought that roughly between 5-10% of people are highly susceptible to hypnotic suggestion, while up to 79% of the population are considered moderately susceptible.

Okay, so what do those numbers tell you?

They tell you that you’ve got a good chance of hypnotizing most of the people you meet.

But what they don’t tell you, though, is who those people are and how to spot them.

That’s where street hypnotists may have the upper hand. To weave their magic, they have to act fast.

They might only have seconds to make an impression. They need to be able to spot who’ll make a good subject and who won’t before the person walks on by or loses interest.

So you might be wondering, how do they do this…

The good news is that most people can be hypnotized.

Some people are naturally going to be easier to hypnotize than others.

These kinds of people will be open to the possibilities hypnosis offers and be more willing to participate because they’ve been through similar experiences – and hopefully with success – in the past.

Whatever the numbers might suggest, there are two factors that far outweigh all the others.

Two factors that will make someone easier to hypnotize than any other considerations. And those two factors are:

If you think about it, it’s fairly obvious.

They believe in the power of hypnosis, they believe you can do it and they’re willing to let it happen.

In some ways this attitude is similar to what happens with the placebo effect. If someone expects a placebo to do something, it’s possible for their body’s own chemistry to work to bring about the desired effect or result.

Similarly, if you believe hypnosis is going to work on you, then your expectations are that hypnosis will work on you, and it most likely will.

At this point, then, it’s over to you.

But there might still be some uncertainty floating around in your head. You might still be second-guessing yourself, worrying that the person in front of you could potentially fall into that 25% that can’t be hypnotized.

So what do you do?

You use the street hypnotist’s techniques to spot the most receptive and promising hypnosis subjects in a flash. 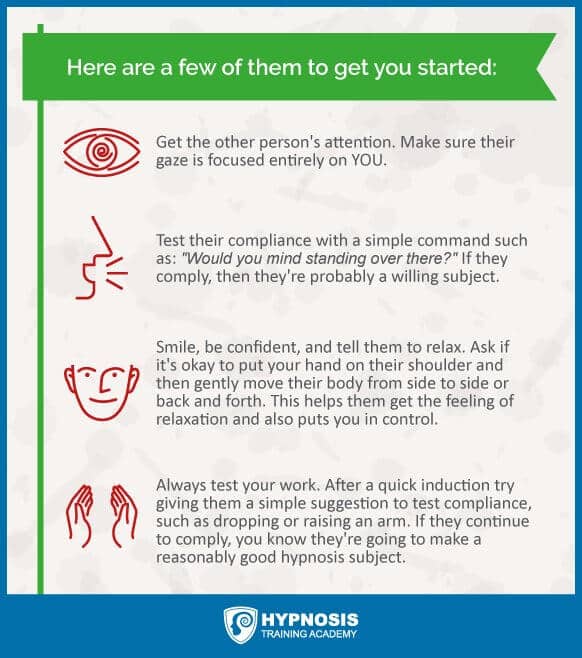 NOTE: You might recognize these reminders as stages in the 10-step instant induction process. To see all of the steps or to reacquaint yourself with them,read the 10-Step Process To Performing Instant Inductions And Avoiding A Street Hypnosis Mishap.

What To Do When Hypnosis Fails

Whether you’re talking about street hypnosis, stage hypnosis or hypnosis for therapeutic reasons, sometimes things will go wrong. The important point to remember is not to get hung up on it.

After all, people experience hypnosis naturally. They go in and out of trances every day. It’s not a big deal, so don’t make it one. Just accept that it hasn’t worked, laugh it off, and carry on with something else.

Having said that, there are reasons why hypnosis might not be working. Here are 5 of the most common reasons why your hypnotic efforts may not be bringing you the results you’d hoped for:

1. They don’t believe in it

If the person you’re trying to hypnotize is a Doubting Thomas, then nothing you say or do is going to make an impact. You need to be confident and really get their attention so they believe you can do what you say you’re going to do.

Instead of letting themselves go to enjoy the experience they’re fighting against it. Do whatever it takes to get them to relax and go with the flow.

Again, this happens when they’re not letting themselves go. You need to tell them to relax and understand that for most people hypnosis is an enjoyable and pleasurable experience.

4. They’re not trying at all

Some people will just sit or stand and wait for you to do your magic. But, of course, that’s not how it works. Hypnosis is a cooperative experience between you and the other person, and its success depends on that person’s active participation.

5. What you’re saying contradicts their reality

This is probably something that will only happen to you if you’re new to hypnosis. For seasoned pros, it’s unlikely that you’ll say something that jars with the other person’s reality, simply because you’ve got enough experience to know what not to say.

So if you say something like: “You’re feeling relaxed,” and the person isn’t feeling relaxed, that’s going to jar with what they’re actually experiencing. And it might just be enough to make them resist your efforts completely. 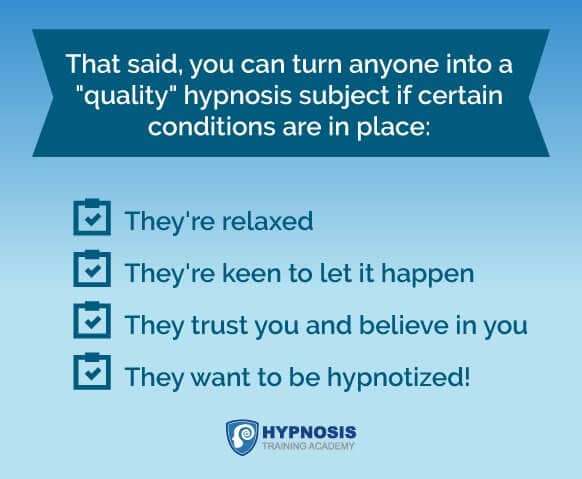 Also remember that the only sure-fire way to know if hypnosis is working is when the person responds to your suggestions.

And one final note: Please remember to have fun! While the risk of failure can be intimidating, remember that everyone has to start from somewhere.

The only way you’re going to get good, and most certainly become great, is if you practice, fail, learn, fail and then practice and fail again! It’s just the nature of the beast, as it is when trying to master any new skill. Never forget this… 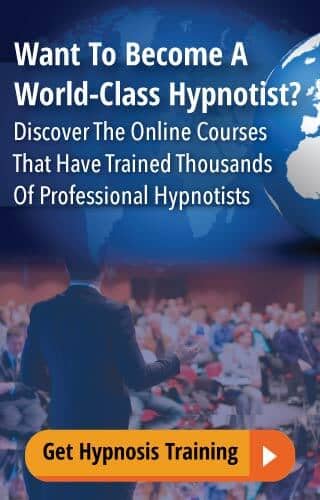