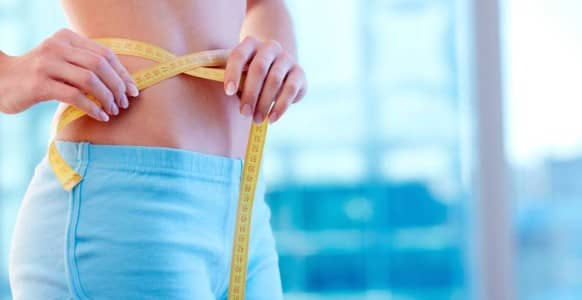 It makes for shocking reading.

A report from the National Bariatric Surgery Registry revealed that more and more people are having weight-loss surgery – and many of them are under the age of 25.

Plus, nearly 40% of the patients included in the study were classified as super obese. But as you can imagine, there’s nothing super about this…

Putting the condition into perspective, someone classified as super obese has a BMI (Body Mass Index) of 50 or above.

A healthy BMI is said to be between 18.5 and 24.9. That means there’s a growing number of people whose BMI is double what it’s supposed to be… and many of them are young.

So what’s with the increase?

Here are some of the reasons:

Whatever the reasons, beyond the most tried and tested solution – which is to have a balanced, healthy diet and to exercise regularly – there other courses of action to help you slim down.

The Pros And Cons Of Weight-Loss Surgery

This procedure is usually considered only after more traditional methods have been tried and failed, such as diet and exercise.

So what does weight loss or bariatric surgery have going for it?

Cost is a significant factor.

In a recent arti cle published by the BBC, the chairman of the National Bariatric Surgery Registry is quoted saying that the rise in levels of obesity was threatening to “bankrupt the NHS.”

This gives you some idea of the scope of the problem.

But the costs don’t stop there. Obese patients are highly prone to diabetes. In the UK alone, treatment for diabetes costs more than £1.5 million every hour. If left untreated, patients can go on to experience nerve damage, blindness and even amputation.

Who knew a few extra donuts every now and then could be so catastrophic?

For some people, an operation is out of the question. They might be afraid, or they might not be able to afford it. Perhaps the waiting lists are simply too long and they don’t have the means to opt for private medical care. Or they simply would prefer to go down a more natural route.

This is where hypnotherapy can be a very effective means for weight loss if traditional methods have failed. Its success has been proved for decades and there are many hypnotic techniques available to assist with the underlying causes.

One solution under these circumstances is gastric band hypnotherapy. Therapists use a variety of techniques such as hypnosis, NLP, CBT, positive suggestion, and visualization. They convince their patients that they’ve had a “virtual” gastric band fitted.

So what are the benefits of going down the hypnotherapy route? Here are just a few…

And that’s just the beginning. While successful surgery can correct the problem, it’s really just a quick fix. There’s no guarantee it’s going to work forever, and the second time round will probably be even more expensive.

Hypnotherapy, on the other hand, is a long-term solution. It helps patients deal with the underlying concerns in ways that surgery can’t. It gets them to face up to emotional and psychological issues head-on, such as where the need to overeat comes from.

For example, is it for comfort, a cry for help, or has overeating become an addiction that’s simply gotten out of control?

Surgery works, that’s for sure, but is it the right approach? One argument against surgery is the fact that it teaches patients absolutely nothing.

With hypnotherapy, people can begin to understand their bodies and what they’re doing to them. They can begin to take responsibility for their own lives. They can acquire the tools they need to adjust their eating habits from the inside out.

There’s an old Chinese proverb that sums it up perfectly:

Surgery is like giving a man a fish. It solves the problem temporarily, taking the responsibility for how the patient got that way out of his or her hands.

Hypnotherapy is like teaching a man how to fish. It gives patients control over their bodies and their eating habits by changing the way they think about food and their health.

Here’s how bad the situation is getting. In the UK, the NHS is considering offering more of its patients gastric band surgery – not only to combat obesity – but also to limit the number of cases of diabetes!

And the problem is becoming a universal one. According to the National Center for Health Statistics, obesity rates in the US have more than doubled since the 1970s. Studies show that more than two-thirds of American adults are overweight or obese.

It’s one thing for adults who perhaps have chosen to go down that path, but the statistics for young people are even more alarming.

Almost 25% of 2–5 year-olds, and a third of school-age children in the US, are overweight or obese. And in many countries, the problem is worse among low-income families.

If you’re worried that your weight is getting out of control, you can take the first step to putting things right. Your Body Mass Index (BMI) will tell you instantly how much fat you’re carrying around with you, so calculating your BMI can give you the first warning signs of any likely danger.

How To Calculate Your Body Mass Index

As long as you know your weight and your height, you can calculate your own BMI. For example, suppose you’re 6 feet tall and you weigh 160 pounds. You could work out your BMI using the following calculation:

There are online BMI calculators you can use where you simply enter your height and weight and your BMI will automatically be calculated for you.

Obviously, if your BMI is 21.69, you’re not overweight. If it’s anywhere above 25, you should consider getting help. Seek out a professional who can advise you on the best course of action for you and your situation.

In the end, the choice of treatment is up to you. What would you choose? Go under the knife, or just go under? At least with hypnotherapy you know it’s 100% natural and you’ll come out of it on the other side…