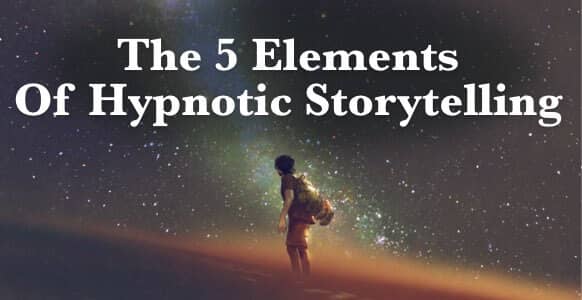 Stories are incredibly powerful, aren’t they?

A great story grabs your attention, captures your imagination and can transport you to a different time or place.

But storytelling isn’t something that’s reserved for a chosen few.

It’s actually at the core of human communication.

It’s something you do naturally when you relate an experience to a friend, colleague or family member.

You probably recognize these 3 points as the underlying structure of the ABS formula, which can be summed up like this:

Hypnotic storytelling gives you the ability to achieve this just by telling a story, without having to think about anything else.

It’s one of the easiest ways there is to get your subject to enter a hypnotic trance.

And because you’re doing it through the vehicle of storytelling, they aren’t even aware that it’s happening.

The 5 Elements Of Hypnotic Storytelling

Here are the 5 elements that should be included in every hypnotic story to guarantee maximum impact.

1. Every story needs a hero or heroine 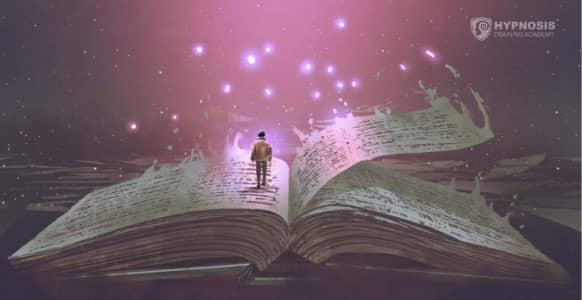 The hero or heroine is the character that you identify with.

It might be a person, such as David in the story of David and Goliath. It might be your friend or relative who ran a marathon to raise money for a good cause.

Your hero doesn’t have to be a human, though. It could be an animal, such as a favorite pet or a wild animal you saw behaving in a strange or uncharacteristic way.

By identifying with the hero, your listener experiences a release, a catharsis. He or she is someone they can relate to, someone who has been through similar things and come through them successfully. 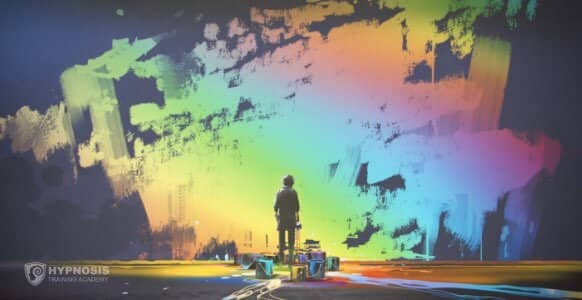 A good story has to move you in some way. It should be about something that touches your heart and makes you feel.

A story without emotion could just be a statement of facts, which changes it from a gripping story into a boring list.

In the same way, the story should contain a challenge or problem. That’s the thing your hero has to overcome or resolve. There are plenty of stories in which the entire plot focuses on the journey or struggle someone takes to achieve their goals.

They could be material goals as in finding the buried treasure, winning a race, or emerging victorious from a battle against the odds.

Or the goal might be to make yourself a better person or to make a discovery that will benefit mankind in general.

3. Every story needs an antagonist 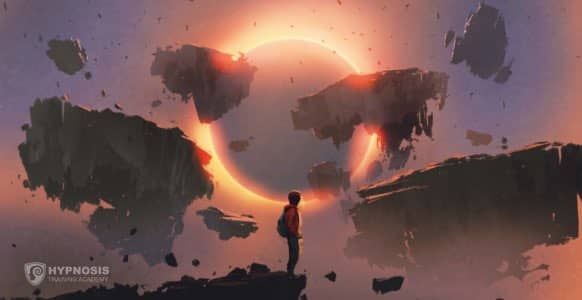 Just as the hero or heroine doesn’t have to be a human being, the same goes for the antagonist. It might be a situation, or the weather, or a mountain, or a person’s own internal barrier.

Imagine a story where the hero finds a treasure map, sails to the spot marked with an X, digs up the chest of gold, returns home, buys some land, settles down and lives happily ever after.

Or think if Cinderella went to the ball, met the prince, got married immediately and spent the rest of her days in a castle living the life of her dreams.

There’s no challenge or journey in these cases. There’s no passion. That’s because the hero or heroine has nothing to struggle against. It’s the struggle that makes the achievement of their goal so much more worthwhile.

4. Every story needs an epiphany 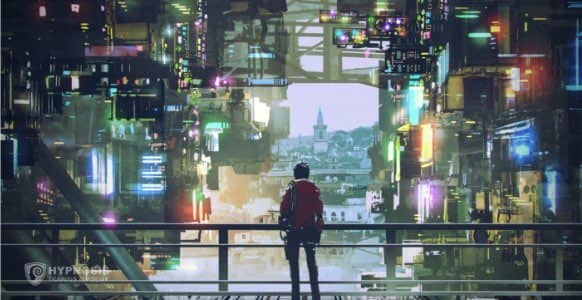 Epiphany is that moment of awareness or realization. It’s like when a light bulb switches on in the hero’s or heroine’s mind, their “Aha!” or “Eureka!” moment.

It’s usually the point at which they understand how they are finally going to solve their problem or overcome their challenge.

In the best stories, the epiphany comes as a result of their efforts leading up to that point, which is scattered like clues throughout to keep the audience informed but also to keep them guessing.

It could be a token or amulet that reveals the way forward. It could be a script or key that unlocks a secret chamber. Or it could be the coming together of a number of things that point to the solution, like the pieces of a puzzle.

5. Every story needs a transformation

The transformation refers to how the hero or heroine solves the problem or resolves the situation as a result of their moment of epiphany.

In The Lord of The Rings, The Fellowship of the Ring, Frodo and co are standing before the doors at the Walls of Moria. The elvish words written on the doors read “Speak friend and enter.” Gandalf says the words in English, but nothing happens. Then Frodo has a moment of epiphany.

He asks Gandalf: “What’s the elvish word for friend?” Gandalf says the word in elvish, and the doors open. This is an example of an Aha! Moment and how it helps the hero solve a riddle.

Of course, in a story as long as this one, there are lots of challenges to overcome and transformations along the way.

» Want to become a world-class hypnotic storyteller? Get the Master Hypnotic Storyteller online training program to discover how to weave powerful hypnotic stories into everyday conversations so you can ethically influence others.

Even the most fluent of storytellers rely on just a handful of stories.

That’s one of the things that the great Milton Erickson realized. He’d tell the same story to different people, emphasizing certain elements that were more appropriate to whichever audience he was talking to.

So you probably only need to know 5–10 stories which you can retell in different ways depending on what you need for a given situation.

Also, if there are lots of characters in your story, you can focus on different characters each time you tell it.

As long as the story has an emotional element that helps it connect with your listener, you can tell it from whichever perspective is most suitable at the time.

This harks back to the days of the oral tradition when stories weren’t written down but were passed on by word of mouth.

The stories would have changed from one retelling to the next, depending on where they were told and to whom. And you can also imagine the next generation of storytellers embellishing the story to make it more exciting or intriguing for their particular audience.

>>Related Article: 6 Of The Most Influential Types Of Hypnotic Stories That Build Trust, Induce Trance & Put People At Ease

One of the purposes of hypnotic storytelling is to provoke emotions. This ties in with the third part of the ABS formula, where you try to stimulate the unconscious.

The unconscious is where emotion, imagination, and creativity reside, so if you want to access the unconscious, an easy way to achieve that is by stirring up emotions in your listener.

How do you do it? By recalling the emotions you felt as you’re retelling the story. This allows you to draw your listener into the story so they can feel the excitement, the thrill, and the enthusiasm you felt to some degree.

What is a story, anyway?

You could say it’s a bunch of facts wrapped up in emotion. If that’s the case, then the emotional element is the bit that helps you connect with another person.

And in order to do that, you have to tell the story with as much passion and conviction as possible.

As you know, hypnosis has tremendous power to help people. One of the ways it does this is by gently influencing them to make subtle changes in their lifestyle. To give up bad habits, for example, or to be able to prioritize their time better.

Another thing you probably already know is that putting someone in a trance means bypassing their critical factor.

When you begin telling a story, the person listening to you starts seeing images in their mind. You’re stirring up their imagination, taking their attention away from the conscious world and into the unconscious world. And when you tell the story with passion, you’re adding an extra dimension that makes bypassing the critical factor even easier.

Hypnotic storytelling gives you the ability to influence people without them knowing you’re doing it. As far as they’re concerned, you’re just relating an experience.

From your point of view, you’re only telling a story, so it couldn’t really be much simpler. But it gives you the skill to put subjects into a trance with ease and to help them live better and more productive lives.

And since everybody loves a good story, it’s a win-win scenario all around.

Want to discover more about hypnotic storytelling? Check out these videos below: