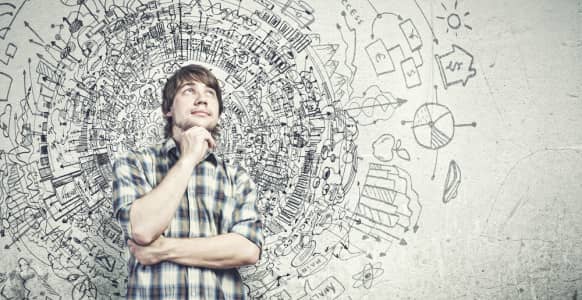 I remember someone telling me once that they were at a complete loss about what to do with their life.

They told me they went to ask a friend for some advice.

The friend had pulled himself out of some less than desirable circumstances and had managed to turn it all round – becoming successful both professionally (in his own business) and personally; so they were curious to find out what advice he would give.

The way it was recounted, the advice was given only after a moment of deep thought.

And then the advice was phrased as a question.

That question was not what was expected; it was this:

“Do you get sick easily?”

The man asking for the advice assured him that he didn’t.

He thought that was a good thing.

But the man who had turned his life around then went onto say:

“Too bad. One of the least known keys to success is to get sick more often.

Sick of the garbage in your life.

Sick of the way people mistreat you.

Sick of your lack of money. ”

“You must get sick enough, and get sick fast enough, to do something about it before you permanently adapt to  the situation.

“That’s the trouble with most people.

They are far too tolerant of the garbage in their lives.

And if they don’t learn to become  more sensitive to it, and less tolerant of it, before they know it, they have  accepted it as their reality.”

If you’re not where you want to be in terms of mastery of hypnosis at the moment – if you’re not using it in your life (or the life of other people) in the way you first envisioned, maybe it’s time to get very sick of that right now.

Re-commit to your vision of WHO you want to be as a hypnotist (or hypnotherapist), WHY you want to be living that vision, and HOW your life will look when you are.

The great thing is – hypnosis is the best tool to use on yourself to bring about the progress in hypnosis you want to make!

It would be SICK not to use it!