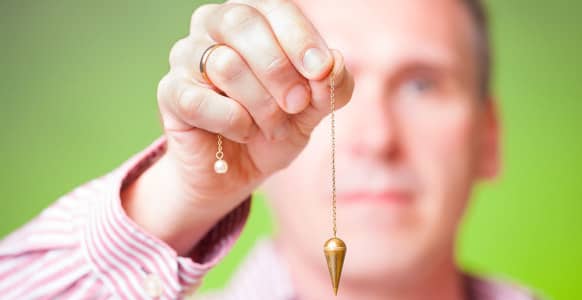 We live in a world today that is full of perceptions, deceptions and misconceptions; it is often hard to tell one from the other when learning about new things.

Hypnosis is no stranger to an incredible amount of misconceptions, which is why it is important to really understand what those misconceptions are before assuming you can or cannot accomplish an objective through hypnosis.

To really understand what hypnosis, or anything for that matter, is you must first understand all that it is not.

Hypnosis has been given much false pretense through the media, movies, and just plain rumor. Hypnosis is not the ability to have complete domination over one’s mind, nor is it domination over another human being.

Another thing hypnosis is not is the ability to dominate another’s will. In a nutshell, there is nothing about hypnosis that will lead you to complete domination of the world or humankind, so if this is your intention you should stop here and embark on a new path.

The misconceptions that surround hypnosis can seem almost endless. There are all kinds of associations and false ideas that are created when society acknowledges any power that accompanies any way of life, and this includes the world of hypnosis.

For example, money carries the connotation of power, however, unless you are knowledgeable about how to be powerful with money you will fail.

The misconceptions about hypnosis must be wiped from the slate if you are serious about becoming an eloquent and masterful hypnotist.

Yes, it’s true that you will own a sort of power over the mind of your subjects, however, this is not to say you will be able to control them completely. The ethical code stored in the unconscious is unbreakable, these are the ideas, beliefs and moral standards that every person chooses to live their life by.

The idea that one can completely control another is a myth simply because a person, whether in hypnotic trance or not, will only do what they want to do.

A good example of this is found in the entertainment work of stage hypnotists. Stage hypnotists will ask for volunteers from their audience, volunteers know on some level that they will be asked while in a hypnotic state to do things that they may not be aware that they are doing, they may even be embarrassing.

However on some level in their minds they are volunteering because they crave the attention that comes from being exhibitionists. The volunteers know they will be controlled by the hypnotist and they are consciously okay with that because it does not cause conflict with their moral code.

Another common myth about the art of hypnosis is that you can create a person so controlled that they will do your evil bidding, the acts that a hypnotist may not want to be personally responsible for. This again is untrue on the level that this will most often conflict with the moral standing and ethics of most people.

All this leaves us with what is left, which is what hypnosis really is. Conversational Hypnosis is a way of healing and helping people to live better, healthier, and happier lives through the art of language and suggestion. Hypnosis is used to its full potential when all parties are prospering from it; the ‘hypnotic messenger’ is a prime example of this.

The “hypnotic messenger” was created when two hypnotists were seeing the same subject and exchanged messages through the subject.

The messages were placed in the subconscious while the person was in a hypnotic state. As the subject visited each hypnotist and relayed the messages back and forth the hypnotists gave him free treatments as they felt a little shame in the amusing yet harmless game they were playing.

The subject continued to deliver the messages and everyone learned from the situation. The subject was receiving free therapy, and the hypnotists were not only amusing themselves but learning in the process.

This process worked because there was no moral rule being broken or violated in the process of message relay, subconsciously the subject was in agreement or had no conflict with the messages the hypnotists were sending back and forth.

On the other hand a client that is given the subconscious message to do harm to another will not carry out the suggestion because it will most often conflict with their morals.

A subject that is asked to commit an act that is forbidden by their religion will not do so even if it is something that may seem harmless to many people, such as dancing.

All suggestions and whether they are carried out or not depends on the moral code of the subject and whether or not they truly, ethically believe it is an acceptable behavior.

As a hypnotist it is important to focus on the fact that your goal is to help the mind fulfill what is important to that person, find and fulfill its purpose. In doing so, the unconscious mind will do all that is necessary and possible to reach that goal and work with the hypnotist for complete success.