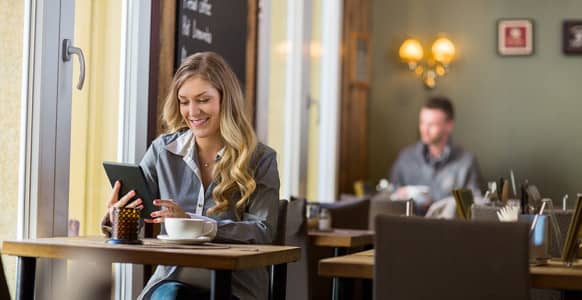 “I can’t do that!,” she said, sounding genuinely shocked.

“Well what do I know about starting a business?! I haven’t even gone to University, never mind all the other qualifications I’d need!”

We were sitting in a little Cafe on Gloucester Road near the Thai Embassy in Queensgate, London, England.

I had gone there early in the morning to get an extended tourist visa for my upcoming trip to Thailand.

As these things happen, I got to chatting with the girl in front of me in line and was impressed by her spirit of adventure.

She told me that she’d moved to London from her native Poland for love.

But as that had not worked out now, she was planning to go to Thailand for a couple of months to join a Kickboxing camp.

You should know that the Thais, whilst normally a friendly nation, reserve most of their violence for their national sport: Thai Boxing.

It is one of the most brutal competitive arenas in the world.

In a country where life can be cheap, only a few kickboxers reach the good life at the top.

Many young men don’t even make it out of their local village ring, let alone survive a professional match.

The ones that do are tough… very tough!

And here was a little blond girl that barely made it up to my chest.

She was not only adventurous enough to leave her home and family to follow her heart, but when that heart got broken she put on an impish grin and headed for Thailand – to learn to fight from some of the toughest fighters in the world!

I couldn’t help but admire her for that.

As we talked, of course my own reasons for going to Thailand came up.

I told her how I was in the fortunate position of running an internet based business, which meant that I could work equally well whilst relaxing on a beach in Thailand, fencing in a salle in Hungary or tying Furoshikis in Tokyo.

She was instantly fascinated and I happily told her more.

There was something charming about her almost child-like curiosity.

There are many people I meet who, when faced with an opportunity are happy to dream, but can find plenty of excuses when it is time to act.

This girl did not strike me as one of those.

That’s how, after our papers got arranged at the Embassy, we ended up in a coffee shop talking about how one might start an internet business.

I admit to probing a little to see if she had what it took to walk the path less trodden.

That is when she froze and said: “I can’t do that!” I was not too surprised.

Most people think that they cannot do anything unless they have been taught to do it in a state-sanctioned school.

We seem to forget that most of human history is a history of discovery not one of being bored to tears in a classroom!

Ironically many modern-day entrepreneurs, inventors & innovators were considered to be failures at school.

It appears that the troublemakers in the back of the class were really just self-starters that didn’t want other people telling them what things were important.

So most of us leave school after 18 years of conditioning that tells us to wait for an order before we can do something or to hold up an idea for approval by someone — anyone — before we can accept that it is good enough.

But not everyone thinks that way.

Some merely played at being in school, so that when they finally got released, their independent nature shone through.

These would never even think to ask “who can I work for?” – instead they are more likely to think “What do I want to do?!”

It really was not surprising that my high-spirited friend panicked at the suggestion that she was good for more than just a low level office job!

But I liked her and I knew one thing for sure: her fear was based on one simple misconception that had been drilled in to her for most of her life. “You still think that money does not grow on trees don’t you?”

“Really think about it… you honestly, truly believe that money does not grow on trees… and you really do believe that, don’t you”

She nodded her head warily… she was smart — she could tell that something was not quite right, but she didn’t know what that might be or how she knew it.

I was starting to enjoy myself, so I continued to draw out the confusion:

As you might guess I switched into my hypnotic mode by now.

My voice changed along with my state of mind.

I could feel the room coming alive as all of my hypnotic resources started to light up inside me, ready for me to use.

“And there’s that doubt… because year’s later you met someone in an Embassy… who made fun of you for believing that… money does not grow on trees… when I know a man… who knows for a fact that it does! He sees it growing there every day… and he even showed those money growing trees to me… and you still don’t know what you should believe do you?”

“And that’s all right… because you will make sense of this:… you can learn anything you want… when you know how… you came to this country… not speaking a word of English.”

“And after such a short time… you are fluent in the language… and nobody taught you how… but you learned it anyway… just by surrounding yourself with it… real native speakers… not the teacher in the classroom.”

“It seeped into your mind… and you started to speak English… and act English… to the point that even I was fooled by you.”

“And so you cannot learn anything useful about money… from those that don’t have it… but as soon as you meet people that know… you will know a great secret… about the money that does grows on trees.”

“Are you ready to find out?”

“Well alright then:… my friend has land… as far as the eye can see… but the soil is poor… no good for any normal crop… like carrots or wheat… except of course… for olives… its perfect for olives, and the trees that they grow on.

And every morning he gets up and looks at those olive trees, and knows that that’s where his money is coming from… its growing right there in front of his eyes, on every tree!”

As you might expect, she burst out laughing at this. I could see her eyes clearing, the fear and the doubt from before completely gone.

So I asked her:

This time she nodded her head with girlish delight. No trace of her previous fear remained.

I spent the next couple of hours talking her through the basic concepts of business models, economics, marketing, sales, accounting showing her how each item really was simple common sense in action.

I wrote down a list of books for her to check out in time and suggested that she give herself the time now to let her imagination run wild, and see what kind of things could emerge.

Then I got up and paid for our teas. Her mind was so full of ideas that she didn’t even notice.

Her eyes continued to stare into space seeing what only she could see. Her face was still beaming when I left quietly, unnoticed.