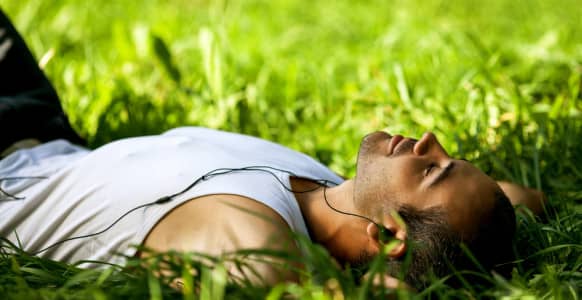 You’ve probably heard this statement at least a dozen times in your life:

“For every action, there’s an equal and opposite reaction.” – Isaac Newton’s third law of motion.

Another way of putting it might be “cause and effect.”

In basic terms, it means that when you fire a gun, you get a recoil. The bigger the gun, the bigger the recoil.

Fire a cannon and the whole thing jumps backward. The force needed to propel the cannon ball forward (action) creates an equal and opposite force that pushes the cannon backward (reaction).

What’s that got to do with the Law of Attraction? Everything.

Since the release of “The Secret,” people all over the world have been led to believe it was easy to manifest the perfect life.

But if it’s so easy, why isn’t everybody doing it? If the Law of Attraction can help you tap into the limitless energy of the universe, why haven’t you already done it?

Where’s the big house, the fancy car, the man or woman of your dreams?

Why aren’t you a millionaire?

Why don’t you have your perfect job?

Why can’t you simply whip these things up out of thin air if the Law of Attraction is such a powerful tool?

The answer is simple. You can’t just “whip them up” because there’s an underlying problem.

Even if you’re an expert at manifesting, there’s something you need to address before you’ll have any success.

Unless you can get at this underlying problem and resolve it, you won’t be able to make even the tiniest change in your life.

So what’s holding you back? It’s your own limiting beliefs. You’ve been programmed – and programmed yourself – to believe certain things. Things like:

And so on and so on. Let’s take #3 from the list and use it as an example.

Suppose you want to use the Law of Attraction to bring more abundance your way. Like almost everyone else, you’d like enough money to have a nicer house, a better car and a bit more security. Nothing wrong with that. So how do you do it?

Using the Law of Attraction, you’d try to manifest those things into your life. You’d write down positive affirmations and repeat them to yourself at various points throughout the day.

You might create a vision board that you could look at to keep those things in your mind. You could gather together text, images and music to create a mini movie to watch over and over. All your efforts are geared towards “attracting” a better life your way.

These are all great things to do. They keep you focused on your goals and give you something to aim for. But unless you truly believe you’re going to get them, or that you really deserve them, they won’t amount to a hill of beans.

You have to believe it.

You’re like two beings in the same body: one conscious and the other subconscious. Your conscious self is the part that’s awake, going through some kind of daily routine.

It lets you think it’s making all the decisions, but in fact, it’s all a sham. The real power lies in your other self, the real you that’s on the inside.

That part of you is your unconscious mind. It’s the place where everything you experience throughout your life gets stored. That includes whatever you see, hear, do, taste, feel and imagine.

Example: When you were young your mother cooked Brussels sprouts and asked you to try them. You found the taste disgusting. For years you wouldn’t touch them with a barge pole. Then someone dared you to try them again. You did and discovered they were actually quite delicious. So what’s changed?

You’ve had the belief implanted in your unconscious that you “don’t like Brussels sprouts.”

That’s what you believed, even though it no longer held true. The only way you could change that belief was to take some action that would blow it out of the water. It’s a simplified example, but it demonstrates the concept perfectly.

If your beliefs are stopping you from living a more fulfilling life, or realizing any dream, then they need to change. And the fastest and easiest way to do that is by using self-hypnosis.

Changing your beliefs takes more than just writing them down on a piece of paper.

Remember Newton’s law? For every action there’s an equal and opposite reaction. In terms of the things you believe, it means you need to take some action to bring about a different kind of reaction. To attract more things into your life, you need to believe that you deserve them. The thing about your unconscious mind is this: it can’t be fooled.

No matter how many times you recite a positive affirmation out loud, your life won’t change in the slightest way unless you really believe it. And in order for that to happen, you have to convince your unconscious mind.

That’s where self-hypnosis comes in.

Unlike manifesting, it allows you to shut out the everyday world and focus inward. It lets you take time out of your daily routine to get in touch with your unconscious self and give it new instructions.

There are many different ways to accomplish it, but one that’s particularly simple to learn is the Betty Erickson Special. This can be summarized as followed:

This is a summary of the process just to give you the idea. The key point to remember here is that you tell your unconscious what you want to change before the process begins, and that you let it happen naturally.

Likewise, if your goal is to become more confident, you might say:

The repetition is important because it helps you “convince” your unconscious mind that you really mean it. ypnosis more successful than the Law of
Attraction? It’s a way of taking action.

Those limiting beliefs aren’t going to go away just because you want them to.

Not sure what limiting beliefs are holding you back? Just ask yourself the following questions honestly:

Perhaps you’d like to be better at public speaking? Or maybe you’d like to learn how to fly an airplane? Or maybe you dream of having a more rewarding career? Whatever applies to you, write the answer down on a piece of paper. Then, before you start your self-hypnosis session, tell your unconscious what you’d like to do/learn/become.

It’s not easy to change your beliefs just like that. It takes time, patience and dedication. But the more often you practice self-hypnosis, the easier it gets.

Once you’re able to let go and focus on what you want to change, the sky’s the limit.

Preparing for an important event or altering the way you see things becomes achievable. Your body and mind are relaxed, you’re in complete control, and you’ve given yourself permission to drop those limiting beliefs once and for all.

Of course, if you’ve never tried self-hypnosis before, it’s going to take a while for you to nail it. But don’t give up, because once you master it, you can use it time and time again to improve any area of your life.