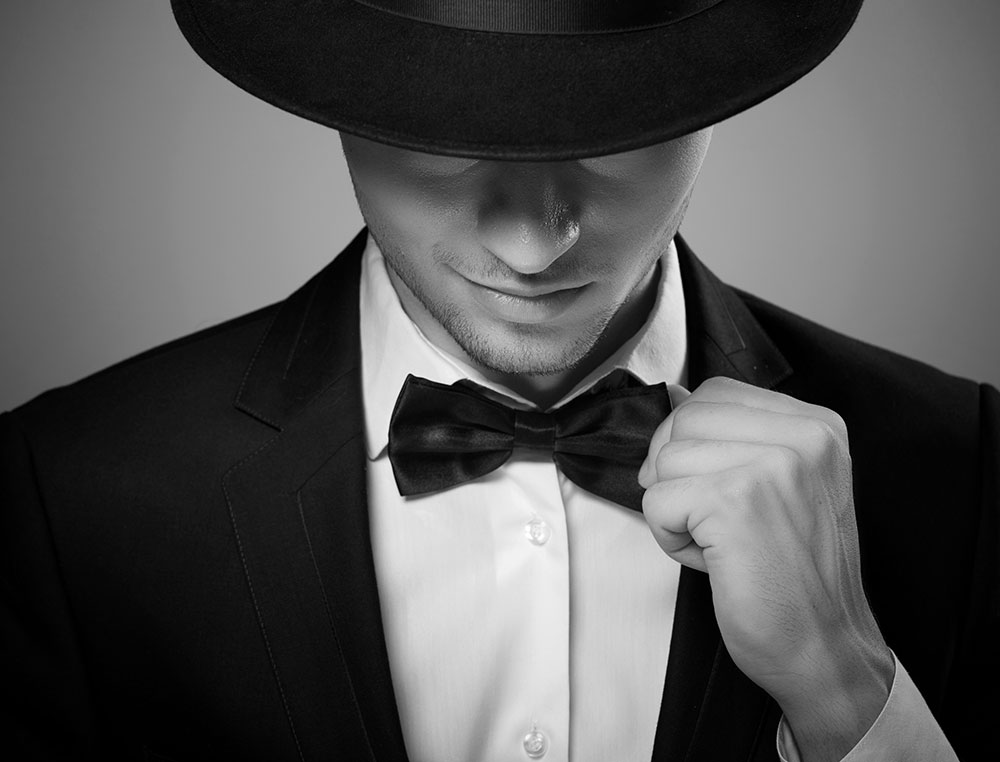 All mammals have a “pack” order – even humans.

Packs are ordered according to the status of each individual within the pack. From the highest “alpha” status, to the lowest; the one who contributes least eats last.

This type of status isn’t a bad thing; it’s what has ensured the survival of species for eons. As when you don’t have the wisest person or animal as high status of the pack, it’s destined for trouble – even to the point of extinction in some areas.

Because if the pack gets sick, fights amongst itself or becomes weak, it becomes easy pickings for any lurking predators waiting for their opportunity.

Have you ever been to a business meeting or party where even if you don’t know anyone you can immediately tell who the “power players” are?

You don’t have to read name tags or ask anyone. They just give off “power vibes” in the way they move, stand and interact with the world around them.

These are people of high status.

On the opposite side of the spectrum, are the people cowering in corner of the boardroom afraid they’ll be called on, or the “wallflowers” at the party.

You can almost see them begging not to be noticed. Their body language says everything. Head down, shoulders slumped while slouching in their chair.

Their voice is nervous and they can’t think of what to say, they get tongue tied. They let everyone know they’re not in charge through their signals of low status.

Benefits And Drawbacks Of High Status

High status looks to the observer like the star on top of the Christmas tree – it’s where everyone wants to be.

These confident, self-assured people are the idols of humanity. They’re the leaders of the pack.

But being high status also has its drawbacks. You’re the one everyone turns to for help and answers. You lead the hunt and if you’re not successful the pack goes hungry – whether in the wild or in the boardroom.

There’s always a challenge by the next wanna-be leader of the pack. So while there are rewards for being high status – as you eat first and well – it’s stressful holding onto your position at the top.

Benefits And Drawbacks Of Low Status

Low status to the observer looks like the last place you’d want to be, but there are actually lots of perks.

You may eat last, but you still eat, and you’re not responsible for putting the food on the table for anyone. You just show up for the feast.

Nobody bothers asking you to do much, so you can pretty much cruise irresponsibly, doing what you want. Your only requirement is to show up to stay part of the pack and keep the food coming.

You’re skirting around the edges of life, though, not tapping into your great potential. You may have lots to offer, but don’t feel that it’s your place to step up and make that offer.

The power tactic of high status is keeping the upper hand in all interactions. As a hypnotist, you have to have a high status position with your subject to have them follow your suggestions.

No one is going to follow suggestions from someone they consider “beneath” them. High status has nothing to do with wealth or moral judgment; it’s simply a place in a set of roles you take in society every day.

Some people are natural high status people; they are comfortable with themselves and good at taking control of the conversation.

However, if you’re not a naturally high status person, this is an easily learnable skill.

Conversational hypnosis is all about learning to attain a high status role in any conversation. A healthy personality will vary their status depending on who they’re with.

Unlike a wolf pack, where the alpha male remains at the top until challenged and demoted, you can learn to vary your status at will.

You have also played most status roles naturally in your life. In most social interaction, there’s a prescribed set of unconscious rules you follow without giving it much thought.

As a hypnotist, an accomplished skill in changing status becomes necessary.

You can’t always take the high status role with everyone immediately without alienating them.

You’ll need to determine what type of person you’re dealing with to determine your initial status. As you work with them, you must move to a high status role eventually in all your hypnotic relationships.

If you’re dealing with a high status person, such as a CEO of a large company, coming in high status as well has the potential to start an unconscious competition.

It’s important in any hypnotic interaction, from therapy to sales, to gain trust initially or there won’t be enough rapport to start a relationship.

When you start out in the role of lower status than the CEO, they will feel more comfortable with you and you can build trust.

As the trust is built, and the rapport gained, you can then move to a high status position to do your therapy or sales presentation because you won’t gain their respect unless you come across as their equal.

To do this, you’ll be less assertive at first, show respect and feed them information subconsciously to set up the correct frames to gain their trust.

So the best way to influence them is by being a low status person just slightly above their level to begin with. And then as you gain their trust you can move to a higher status, raising their status along with you. This can sometimes take time and patience.

All primates have a status signal that guarantees them friendship in their pack. Whenever they meet someone from their pack, their eyebrows will flash upwards in recognition.

All people do this.

Become aware the next time you see someone you know and like, how the first thing that happens is your eyebrows shoot up in recognition even before you say “hi”.

This is a powerful signal.

The next time you meet a new client, a new sales prospect or acquaintance, flash your eyebrows in recognition and their response is like magic. It’s instant rapport.

Do this in a restaurant with your waitress or in a store with the clerk, and you’ll have better service than you ever dreamed.

Have fun with it. Remember, it’s just one quick eyebrow flash. (But a word of warning: If you keep those brows going up and down, this could be an unwelcome signal of a different variety!)

They’re unhurried in their actions as well as their speech, and their posture is erect, but relaxed (they don’t slouch).

They maintain their head height slightly above those they’re speaking to when possible. While their head is level, without their nose is pointed in the air (that’s a sign of arrogance) or tilted down. They look you in the eye and are comfortable with eye to eye contact, despite the eyes being the connection to the unconscious and showing emotions.

If your goal is to maintain high status with your hypnotic relationships, you need to adopt these behaviors.

It’s very important to avoid wringing your hands, bouncing your leg or any nervous behavior.

High status people know that they’re in control. They take up lots of space (low status people take up as little space as possible).

They’re open with their body; arms outspread with lots of use of their hands as they’re speaking.

Their torso is open, arms aren’t crossed and they’re comfortably on the arms of their chair. This open torso is a sign that they’re not afraid to be vulnerable.

They don’t mind invading the space of another person. They’ll give you a pat on the back or a quick hug quite naturally; it never crosses their mind how you might react.

By practicing the characteristics of high status, you’ll become more and more comfortable in this role. People will feel comfortable and naturally gravitate toward you. They’ll be much more willing to open themselves up to you in many, many ways.

If after reading this article, you feel you gravitate to the lower end of the status spectrum, wipe away those stressed-induced sweat beads! Because as described above, there are many simple techniques you can learn to improve your status.

And for those who confidently sit at the top, and may be unintentionally alienating those of a lower stance, there are also some valuable tips to be learned here. Please share below which techniques you want to start incorporating in your hypnosis practice today.