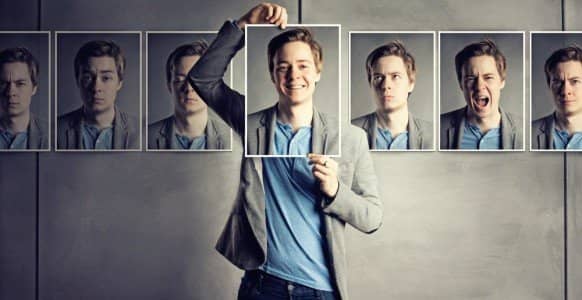 The Martians Are Coming!

No, they’re not really. But that’s the kind of headline you might find in a tabloid newspaper. It’s not meant to be factual – it’s meant to get you emotionally involved.

How will you react when you read that? Depending on your age and knowledge of the solar system, you might feel:

Read a little further into the article and you’ll discover the truth. There are no little green men heading your way. What the story actually refers to is the fact that scientists think there may be life on Mars.

But, even if there is, it’s likely to be in the form of bacteria. So when they say life on Mars, they aren’t referring to what you might loosely describe as people. Or animals. Their use of the word “life” relates to the merest beginnings of the evolutionary process. Microorganisms. Fungi. That kind of thing.

Yet this headline does something to your brain. Even though it’s technically nonsense, it makes you think. It stirs up your emotions. It forces you to consider the possibility, even just for a second.

The same story, covered by a respectable daily newspaper, might have a headline such as this:

“Is There Life On Mars?”

It’s still a good headline, because it makes you think. But it also tells you that, at this point in time, no one really knows.

The first headline, however, gets under your skin. It includes emotional undertones that urge you to sit up and take notice. It implies that there is a race of beings called Martians, and that they’re on their way to Earth.

Even if you don’t believe it, it makes a real impact. It bypasses your conscious critical mind and infiltrates your unconscious. It’s sensational on purpose, because the editor knows that it will sell newspapers.

If you look up the word “sensational” in a dictionary, you’ll find it defined something like this:

Intended to arouse strong feelings of curiosity or interest; meant to provoke a reaction; usually with exaggerated or shocking details. Words that are capable of doing this are called “hot” words. They’re words that are packed with emotional power. They make you curious, they make you want to know more. They get you interested in the topic. Despite your best efforts, they usually elicit a reaction of some kind or another.

That’s what happens when someone says they have a secret. Even the strongest willed person wants to know what that secret is. You can’t help but start thinking about it, and your mind begins working away:

Likewise, you may have noticed how difficult it is to resist a bargain. A jar of coffee in the local supermarket, for example, with the words “50% Free” stamped on the label.

Wow! That’s another half jar of coffee for nothing. You’d be stupid not to grab it while you can.

Free is another hot word. If the label said “more coffee for your money” it would still mean basically the same thing, but it wouldn’t have as much impact.

Hot words are loaded with meaning. Their purpose is to get a reaction. You might not use them in everyday situations, because you don’t always have time to fully engage with other people. And in some cases, you need to use neutral language to protect yourself.

That’s what doctors do. They use carefully chosen language to distance themselves from their patients. They don’t do it to be cruel or to show off how clever they are – they do it so they don’t become emotionally involved. They need to remain objective so they can carry out their work, without letting their feelings get in the way.

For the purposes of hypnosis, though, you want those feelings to come to the surface.

Hot Words Worm Their Way Into The Unconscious

The Greek philosopher Plato is quoted as having said that:

“All learning is emotional.”

If you think about it, that makes perfect sense. What’s easier to learn, something that gives you a real buzz (a feeling of excitement) or something that bores you to death? Obviously, the one that makes you feel excited.

Think back to the teachers you had in school, in high school, in college or university. Which ones helped you to learn stuff? The ones that got you emotionally involved in what you were doing.

That’s why reading a recipe book is less interesting that actually making the recipe. You can’t see the ingredients, you can’t touch them, and you can’t get your hands dirty. But once you’ve got the mixture in the bowl, once you can swish it around with the spoon, your emotions are on fire.

The smells are intoxicating. You scoop it all out onto the baking tray, wait patiently for the oven to heat up, and shove it in. Then, you have to let it cook. The anticipation, the anxiety, the hope: it’s all stimulated by a few cups of this, a dash of that, and the application of a bit of heat.

So what’s going on?

When you read the recipe, your conscious mind is in control. It’s analyzing and passing judgment. It’s absorbing facts and making decisions.

When you make the recipe, your unconscious mind takes over. Your senses are ignited. You’re experiencing the recipe and the way it makes you feel.

And it all happens unconsciously, inside your head, while words like yummy, delicious, tasty, drift in and out of your mind. You start to salivate, your stomach grumbles. You’re emotionally tuned in to what you’re doing.

So if you want to cook up some excitement in another person, if you want them to respond to your sizzling hypnotic power, you need to turn up the heat using “hot” words.

Where To Look For Great Examples Of Hot Words

You already know one place to find hot words, and that’s newspaper headlines. Not just the front page, but scattered throughout the paper.

Hot words are found in advertising too. Listen carefully to the next commercial you see on TV and you’ll notice a bunch of hot words that are there to do just one thing: stimulate your emotions.

How will that new shampoo make you feel? Attractive, sexy? Will beautiful hair give you a little boost of confidence?

Or all those ads for life insurance? You probably don’t need the free pen that comes with it. But what about your loved ones (they use this word instead of “family” because it’s packed with emotion)? Do you want them to be taken care of when you’re gone?

Or how about a new car? Can you see yourself pulling up in the driveway? Smell the new interior? Feel the power as it glides effortlessly along the road? Enjoy the luxury of surround sound that makes the drive to work a pure pleasure?

Whatever’s being advertised, the goal is the same. They want to evoke a response. An emotional response. And because it’s emotional, it comes from the unconscious.

Tap into that, and you’ll automatically increase your hypnotic power and influence.

How To Maximize The Impact Of Hot Words On Anyone

What’s the key to a good headline? It arouses your curiosity, and it makes you want to read more. But it can also do something else.

Take a look at this headline from a recent news story:

There’s a bunch of hot words used here, which are:

The word “steals” is emotionally packed. The suspect doesn’t just drive the cruiser away, he or she steals it. That makes you feel a certain emotion.

Then there are the words “suspect” and “police.”  Without reading the rest of the story, you already have a good idea what’s going on. A criminal act’s been committed, and someone’s been apprehended.

The real power in this headline, though, comes from placing the words “handcuffed” and “steals” near to each other. How can a handcuffed suspect steal a police car? The contrast of these two words immediately sets your emotions tingling:

The headline is effective because it contrasts the two things – being handcuffed and stealing a car. Just by contrasting them in this way you make each one stand out.

This contrast creates a dissonance in your head. It confuses you. It jumps past the conscious mind and stimulates the unconscious. It conjures up images that you can’t help but feel something about.

Combine that with someone’s natural sense of curiosity, and you have the perfect formula for unlocking emotions.

Do you use “hot words” during conversation, or even in your writing to help conjure up a desired emotion? If so, please share below which ones never fail to pack a proverbial punch.