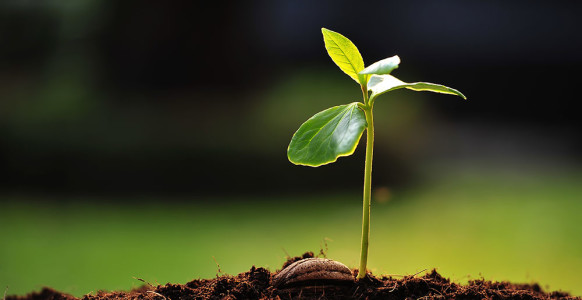 Many years ago I was wondering whether or not to release the Power of Conversational Hypnosis home study course to the public at large.

Doing so would change my whole business model or if I should carry on with my private client list of executives for my executive coaching business.

So I spent some time with a cousin of mine, a very successful consultant, to pick his brains on the pros and cons of starting a new business venture.

One based on a somewhat unknown and risky internet market.

He helped me clarify my position and helped me to make the decision to take the risk.

The new business is starting to work out great and it’s showing a lot of promise for the future.

I get very excited.

As luck would have it I am spending a month in the USA with the same cousin, and we get to talking (as you’d expect).

He too seems impressed with the early indicators and the promise that the new model seems to be holding out.

In my excitement I ask him why he doesn’t do the same thing with his consulting know how — it is, after all, unique.

He really does know things that could virtually double the quality of most consultants work (not to mention their paychecks) overnight.

That’s when I notice something very interesting — he doesn’t think the idea practical.

He can think of plenty of reasons for not doing it — after all he has no teaching experience, no credentials and he’s not even sure if he could find a decent niche to occupy.

It is clear that he is not ready for such a big shift in career paths.

So I drop the subject.

But I AM a hypnotist, and this IS a great idea. So I come back to it from time to time — each time with some positive undertone: think of the freedom! I suppose you could earn more doing less work!

You know people that do this would get paid just for drinking champagne on a glacier!

Each time there’s a small change.

It’s only a subtle sign –- I can tell that there is still a tension surrounding this idea.

So I drop the subject and quickly move on before he can voice an objection again.

I know that the hypnotic seed has been planted. As the following weeks pass, I very subtly keep coming back to the idea of teaching consultants how to be of a higher quality and get better caseloads.

Of course I was just musing out loud, so I naturally wander off topics almost as soon as they begin… Time passes.

Less than a year later I get a call from the same cousin, he has persuaded a College to let him start up a new business school for them.

He is of course to be the new Dean.

He sets to his new task with his usual energy. The course is novel and very exciting.

The students love it, and — as it turns out — he appears to have a talent for teaching.

More importantly he enjoys it! At the time I didn’t make much of this, other than to notice that my cousin clearly is enjoying his new role. However, after a year or so of doing this he decides that he prefers a life outside of the constraints of formal academia.

So, at the end of the academic year, he hands over the reins of the business school to his successor and decides to take a break as he considers what project he wants to do next.

That was a few months ago. Today we got to talking.

I mention a new project that I am launching soon, and lay it all out for him — more out of personal enthusiasm for the project than anything else.

He gets more excited than I do about the project: “You know… I could do the same kind of thing for consulting?!”

And the penny drops for me… It makes so much sense — the context is about the same as it was two years ago: it’s just my cousin and I talking, I am enthused by a new project, the excitement spills over… in the background wheels are whirring!

He sketches out a rough business plan and gasps as he realizes something: the idea could easily net him $1 million… every year… for the rest of his LIFE!

Now he really gets excited!

“Do you realize that I am the PERFECT person to do this: between the kind of consulting I have been doing, my teaching experience and being the Dean of a business school… I am about as perfect a candidate for doing something like this for consultants as could possibly exist!”

I have to agree!

We both enthuse over his idea for a while, and start fleshing it out.

Suddenly he stops and says, “You know this strikes me a bit like the idea I had a couple of years ago… I really don’t know why you talked me out of it back then!”

I have to laugh — the unconscious mind moves in mysterious ways. Still I KNOW I will get a steak dinner out of him for this!