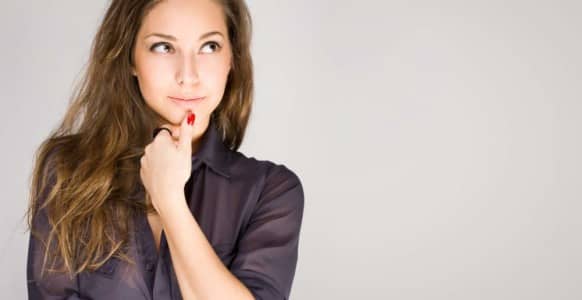 You know what they say…

“A problem shared is a problem halved.”

Well, that’s all fine and dandy. But who wants to be stuck with half the solution to a problem?

What’s the point of that? That’s like having half the answer to a question.

As you can probably figure out for yourself, there isn’t a point. Sure, it might make you feel better sharing your problems with somebody else. It might take some of the weight off your shoulders. It might bring you some temporary relief, but in the end you’re left with the same issue, which is…

The problem’s still there!

Wouldn’t it be nice, then, if there was a way you could help your friends, your colleagues or your family members solve their problems, rather than just being a shoulder to cry on?

The problem with problems is that people tend to dwell on them. They aren’t always able to focus on getting a solution, because they’re too wrapped up in it all. Ironically, dwelling on the problem is the first step to resolving it.

Here’s how it works…

How The PCAT Formula Can Solve Problems And Make Changes

Whatever you want to do in your life, it helps if you have a system. A format you can follow.

Even when you’re doing simple things, like making your dinner, for instance. First, you take the stuff you need out of the fridge (or larder if you’re posh). Then you peel the veg, pop the meat/fish in a baking dish, and whack it all on or in the stove.

Clever cooks heat the oven up while they do this, so by the time the preparation’s done they can start the cooking process.

It’s a basic example, but it shows the value in a structured approach. And that’s exactly what the PCAT formula gives you.

“P” Is For Problem

Believe it or not, the first step in the process is to bring the problem out into the open.

Get your friend or colleague to talk about the problem. You can’t solve a problem unless you know exactly what it is. As soon as you start discussing it, your incredible brain starts looking for a solution.

Here’s another way to look at it.

Your brain is like an enormous tree covered in thousands of fairy lights. When you think about your problem, a specific set of lights switches on. But your brain is so powerful that something else happens at the same time.

As soon as those “problem lights” come on, they stimulate the “solution lights.”

Because all the lights are interconnected. They constantly send messages back and forth. They communicate with each other at lightning speed. It happens spontaneously and without you having to try and make it happen. So, talking about your problem helps put your little grey cells to work hunting for a solution. But because you’re not looking for the solution – blinded by the problem – you aren’t able to find it. You can’t see the forest for the trees, which is why you need help.

“C” Is For Bypassing The Conscious Mind

Problems are like one-way streets. You keep going over the same route time and time again. You can’t go left, you can’t go right, and you can’t go backwards. You need to create some confusion.

You’re stuck in a rut and there seems to be no way out.

Albert Einstein defined insanity as “Doing the same thing over and over and expecting different results.”

That doesn’t mean that if you have a problem you must be crazy. It just means repeating the same things, day after day, and expecting the problem to simply disappear, won’t work.

Your problem’s like a huge rock in the middle of your driveway. The only way to shift it is to bring in a bulldozer and shatter it into tiny pieces.

Confusion does that. It interrupts your thinking patterns. It creates momentary chaos in your mind, forcing you to look for an escape route. The conscious mind can’t handle confusion, so it turns the problem over to the unconscious mind. And that’s when the solution starts making itself known.

You’ll recall that the “solution lights” are already flickering away, these are resource lights you already have that you haven’t plugged in to the problem. The next step is to trigger your brain to find them and bring the solution out in the open.

You can do this in a number of ways:

For example, suppose the problem is that your friend is unhappy at work. There must have been a time when they were doing something they felt good about (see number 4 above). Perhaps a different job or even some volunteer work. What was it about that job that made them feel good?

As you can see, these questions will evoke a feeling, an emotion. Your friend can relate to the good points of that other job. The way it made them feel. Happy. Valued. Respected. Enthusiastic. Fulfilled. Important.

Now, the trick is to connect those positive feelings or emotions to the problem.

“T” Is For Transform

These days your television schedule is chockablock with programs about cooking. It’s fascinating to see how amateurs and professionals cope with the stress of a busy kitchen. It must be nerve-wracking to have to work under such restricted conditions. And the results are expected to be as near perfection as they can possibly be.

What’s equally fascinating, though, is the cooking process itself. It’s amazing how just a few simple items can be transformed into a wide variety of delicious meals. Looking at the contestants’ plates, you’d never guess they all used the same basic ingredients.

What’s that got to do with problem solving? Everything.

To solve any problem, you need to mix it up with the solution. You need to help your friend or colleague combine the two so that the solution rises to the surface.

Take the example above. The job that gave enormous satisfaction made them feel good inside. Is there any way they can bring that emotion into the work they’re doing at the moment?

Are there any aspects of their present job they can feel good about? Are they learning new skills? Do they need more training? Is their role important in the overall scheme of things? Most people do work they’re capable of doing. Deep down inside, there must be something they enjoy about it. If there isn’t, and there’s no chance they will, then that also presents them with a solution, which is… get a new job!

Sure, it might not be as easy as that. But just the act of looking for a new job does something special. It brings hope.

It fills the mind with possibilities. With expectation. With potential. It rekindles the spirit.

And sometimes, that’s all it takes to put a problem into perspective – or wipe it out entirely.

There are cases where people who’ve been dissatisfied with their jobs have started looking elsewhere. Sometimes, their actions are noted by superiors or managers. Sometimes, they want to know what the problem is. And sometimes, they can help.

It might only take a small change to make the job more palatable. Taking a course, for example. Or taking on a new responsibility. Or working in a different part of the office or factory, with new colleagues and a fresh environment to spur them on.

The other thing you’ll notice on your TV is the glut of programs about property. Buying houses, selling houses, and all the trials that brings.

Entire series have been created to help people sell their homes. In most cases, they’re presented with a problem. They’re trying to sell their house for a certain price, but they haven’t done their homework. Similar properties in the same area are selling like hotcakes, so why isn’t theirs?

It comes down to a few salient points:

What’s interesting is that, even when they’re told what they’re doing wrong, they stick to their guns. It’s only when they see another house that they’re able to put things into perspective.

In terms of problem solving, they’re doing the same things over and over and expecting a different result.

In the end, all it takes is a lick of paint, a quick de-clutter, and a small investment to smarten the place up. They might even be persuaded to lower the price. And what happens next?

The house sells in a matter of weeks.

So what was holding them back? They were stuck in a rut. They couldn’t see the forest for the trees. They were driving down a one-way street with no hope of getting anywhere.

They weren’t able to visualize what home buyers were looking for, and so they were unable to create it. Once they saw it with their own eyes, though, everything suddenly became clear.

Here’s how the PCAT formula was applied in this instance:

And the result was – the house sold and they were able to move on with their lives.