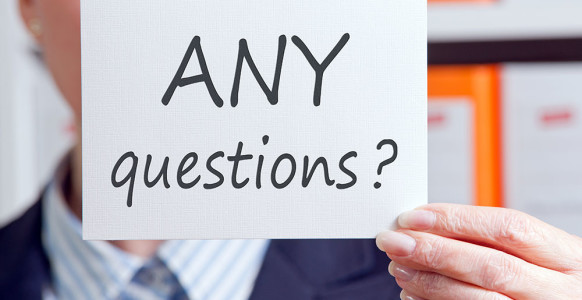 While it’s very clear that having ethics when practicing hypnosis is important – what’s not always so clear is where the boundaries lie.

In this article, I want to share with you an easy method for knowing when you’re close to crossing these boundaries in Conversational Hypnosis and Hypnotherapy. And why it’s important that your goal should be to provide a framework for your client’s success as they see it – and not to imprint your own ideas…

I was disgusted when I first got into coaching by a professional coaching organization that seemed to be offering an interesting approach to coaching.

I took part in an intro evening and all went great until they asked a simple question:

“What is the purpose of coaching? What is a coach supposed to try and achieve?”

I put up my hand and said, “To make himself redundant. To move his client along so far that he no longer needs the coach.”

The response I got really got my back up.

The trainer laughed and said, with the wise air of experience, “Oh if only that were possible!”

If? IF? Needless to say I never signed up for their course. There are other even more subtle ethical conflicts that occur in Clinical Hypnosis.

Well our reaction shows that it’s inappropriate to impose therapy on someone.

IMPOSING it on someone is very different to being INVITED to assist.

Although both might be motivated by a genuine desire to help, one is disrespectful of the individual’s personal integrity (and presupposes a meta-frame that you’re too stupid to manage your own life), the other reverses that position.

And this is a very important realization to make: what does the way you choose to help your fellow man imply about that person?

Is it something you’d like to have implied about you? It is this subtle implication that has the power to define ethical conduct from unethical.

It is a much better test than asking yourself “Would I like to be treated this way?”

The reason that the implication test is a better one than the “Would I like to be treated this way” test is that you have a different psychological makeup to others.

I like extreme situations (usually ) I don’t mind being pushed. I don’t mind someone rattling my cage if it will help me become a better and happier human being.

But then there is also too much.

When my neurology is full and I cannot take anymore, the exact same behavior, suddenly becomes invasive, destructive and hence inappropriate.

Who gets to choose what is too much for me? Me or you? That is the fundamental question in terms of ethics.

When does a positive behavior become an imposition on the other? So its not the behavior that counts – or rather, the behavior itself is only a part of the bigger ethical question.

The bigger question being “who gets to choose what’s right for you.” This is as important in Clinical Hypnosis as in the more philosophically (or more accurately philanthropically) inclined Conversational Hypnosis.

In Clinical Hypnosis, of course the clinician does get to exercise their judgment in terms of what approach is right and whether they would feel comfortable to help you with your problem.

It’s easy to see that a hypnotherapist simply shouldn’t touch a problem they don’t feel qualified to deal with.

For example cleaning up the trauma from sexual abuse.

This is something you’d want to get specialist knowledge about before diving in as there are many patterns and subtle layers that you should be aware of in order to avoid making the problem worse!

But it goes further than that. As a hypnotherapist you also have your own conscience to respect.

If I come in as a wannabe axe murderer asking the therapist to help me mute my conscience so that I can enjoy the killing spree free from guilt… I think there’s a case for exploring some other issues first.

But how far do you take this in a clinical setting? This is a thorny question that everyone will have to work out for themselves. It’s really a matter of degrees.

For example: people joke that Milton Erickson always imposed his own blueprint on his patients: get a job, get married and have children.

That was his personal formula for a happy life.

And many of his patients ended up doing precisely this! Now you can criticize this approach. But there is also much validity in why he did this.

Many sociological studies have shown that a family has a very stabilizing influence on an individual. So if you’re apt to lose the plot on your own, having a wife and kids to think about somehow keeps a lot of folks on the straight and narrow.

And Erickson was by no means obsessed with this meta-solution.

There are interesting case histories, like assisting a gay couple (gay man married to a lesbian woman – for appearances sake) keep their sexual identities secret from 1950s America.

So the question we must ask ourselves is:

How far are we willing to impose our world view (i.e. our reality) onto others?

There is an old proverb that says that when you save a man’s life you become responsible for him.

I think there’s a lot of truth in this. When you give someone advice and they follow it, you’ve just taken on some responsibility for the other person’s life.

I don’t know about you, but I don’t want responsibility for another person’s life – I have my hands full dealing with my own!

Besides, if we are all about empowering people (and that has been the presupposition through this thread) then surely we can learn something from Voltaire:

If you take people’s responsibility away from them, how do you expect to empower them?

So when practicing Clinical Hypnosis, we need to be careful that our reframes, goal setting etc. are things generated from the client’s model and experiences – not from our own.

We can certainly offer an alternative model, that functions better (that is called training as opposed to therapy!) as long as we don’t impose it.

Now luckily we have unique solutions as hypnotists that other forms of therapy don’t have, such as: TIP (Trance of Infinite Possibilities).

The beauty of the TIP, especially when combined with a clean goal, is that it lets the individual’s unconscious mind choose the results, behaviors, or new realities to perceive the world from.

I hope you can see how important it is to empower others, not direct them.

An empowered person will continue to grow and prosper long after they stop working with you.

Do you have any questions around what’s ethical and what’s not in hypnosis? These waters can be a little murky sometimes, so feel free to leave your questions below and get the conversation rolling on this one:

And if you’d like to read the other 3 articles in this series, check out the articles below:

How To Use Ethical Conversational Hypnosis In Sales - Part 1: Social Context & The Lifecycle Of A Client